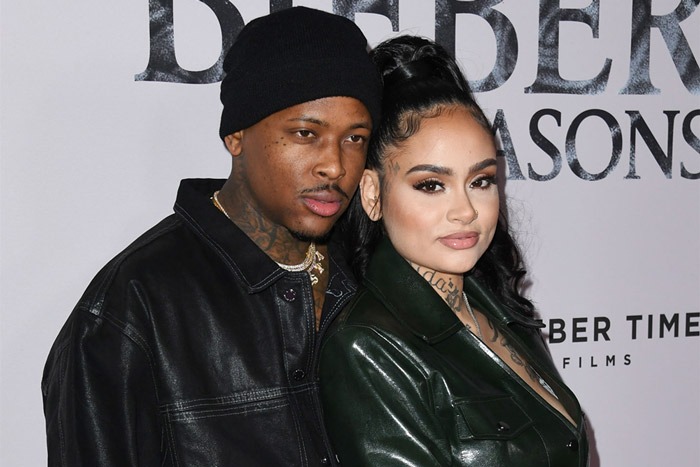 Who do you love?

YG is making his love for Kehlani permanent. The Compton rapper got a tattoo of his girlfriend’s name on his wrist. The new ink was reportedly posted on Kehlani’s Instagram Story along with the heart face and yummy emojis before being deleted. However, Kehlani Daily captured a photo before it was removed.

The “All Me” singer reportedly also has a tattoo of YG’s legal name, Keenon, on her wrist.

Kehlani, 24, and YG, 29, seem to be going stronger than ever. The couple was also spotted getting cozy during Super Bowl weekend and at the premiere of Justin Bieber’s YouTube docuseries, “Justin Bieber: Seasons,” last week.

The two went public with their relationship at New York Fashion Week in September. The following month, YG was seen getting cozy with a mystery brunette at Todd Gurley’s Halloween party. After a brief breakup, they got back together. Kehlani reaffirmed her love for YG on last year’s “You Know Wassup.”

“You’re still my love / You’re still my heart / That’s still my dick / Still wanna be Mrs. Jackson,” she sings. “Waited five years to be on the team / Look damn good fuckin’ with me.”

Kehlani recently collaborated with Justin Bieber on “Get Me” and is set to open for the pop superstar on his “Changes Tour,” starting May 14 in Seattle.