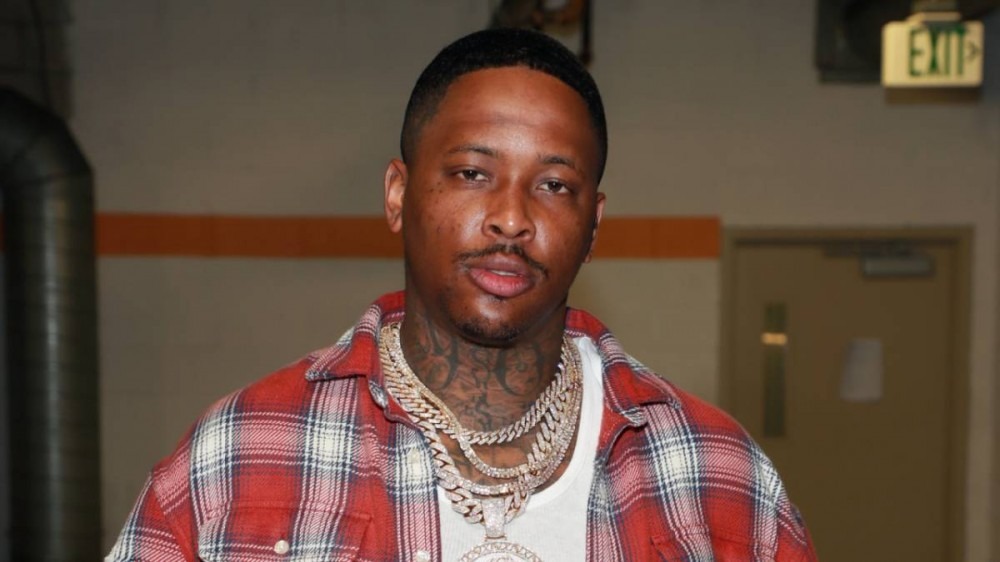 Los Angeles, CA – YG‘s fate has finally been sealed in the robbery case that has hung over his head for the past two years.

According to court documents obtained by TMZ, the Compton rapper is off the hook after the Los Angeles District Attorney’s Office declined to file charges against him.

The D.A.’s Office concluded there wasn’t enough evidence to link YG to the crime, although interestingly, they still suspect he was present at the scene of the alleged robbery.

“Not enough evidence of what defendant did to aid and abet the crime,” read the court documents. “Presence during the crime alone is not sufficient.”

YG’s attorney, Joe Tacopino, was delighted with the decision and described the verdict as a “Christmas gift” for his client.

YG was arrested in January 2020 after police raided his San Fernando Valley home at 4 a.m with a search warrant related to a robbery case. He was taken to Men’s Central Jail in L.A., where his bail was set at $250,000.

Details surrounding the case are still unclear, but the 4Hunnid founder recalled the traumatizing police raid in an interview with The Morning Hustle later that year, in which he claimed officers pointed guns at his young children.

“The police came, raided my house … with me and my family and my kids [inside],” he said. “They come through like four in the morning. We asleep, the helicopter had come around and all that. So boom, I bounced up like, ‘What’s going on?’

“I open the door – boom! They draw down on me. That’s normal, but my kids at the time were 4 years old and 6 years old. They upstairs in the room with their mama.”

He continued, “[Police] go up in the room and they got the big AKs all in my little kids’ face like, ‘Don’t move!’ I’m like, ‘Bro, what the fuck is y’all doing? Y’all got me fucked up!’ They doing this to my little kids! And these are little girls!”

#YG goes into detail about the traumatizing raid when police came into his house guns drawn on him & his family earlier in the year.

If you missed it this morning, check out the full convo w/ @headkrack @billysorrells @StarringLoreL & @YG

YG believes the raid and arrest were part of a targeted attack from the LAPD due to his previous gang lifestyle.

“I been through a lot of other stuff with the police, but I’m from the streets though, you feel me?” he added. “So it’s like I got a target on my back already from that and I know that, so it ain’t really nothing to talk about. Because it’s like when you’re from a certain area, the police gon’ fuck with you.”

Tacopino echoed YG’s sentiments, telling TMZ he believes the robbery case was the result of a “grudge” cops have against his client, who has made no secret of his disdain for the police (see: “FTP”).

Despite seeing his robbery case dropped, fellow L.A. rapper Drakeo The Ruler’s recent murder continues to cast a shadow over YG. The My Krazy Life MC is alleged to have played a role in Drakeo’s backstage stabbing at Rolling Loud California in December.

According to Drakeo’s mother, Darrylene Corniel, a group of 40 to 60 people arrived backstage at the same time as YG, at which point her son was “swamped” by members of the entourage. “Everything just happened so quickly,” she told Rolling Stone. “They started trying to jump them.”

Drakeo associate K7 has also pointed the finger at YG, claiming he “set the whole shit up” because “he knew Drakeo was gonna take his spot.”

YG suffered his own loss earlier that month with the death of his close friend and collaborator Slim 400, who was shot and killed in Inglewood, California.