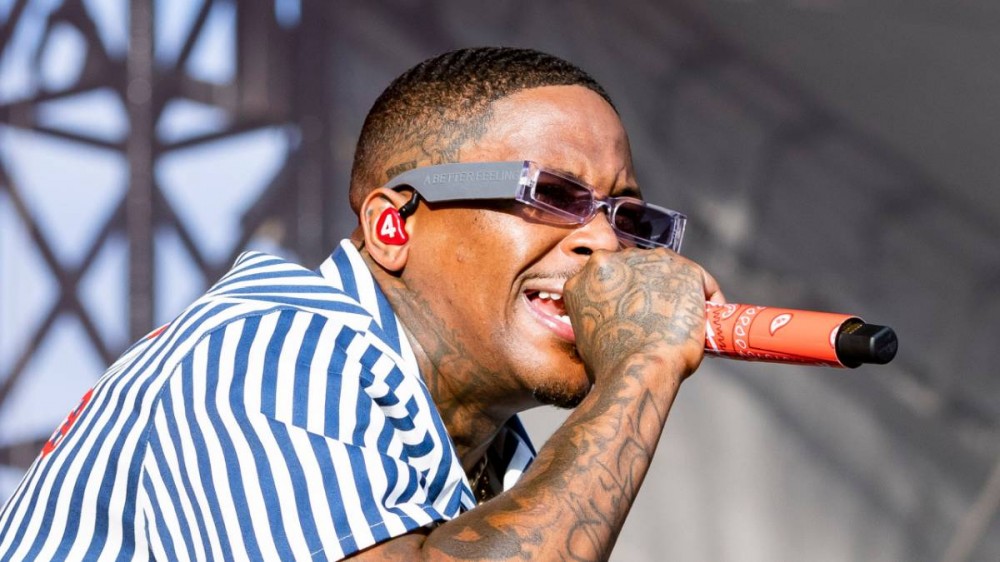 YG isn’t too pleased with Def Jam over the rollout for his upcoming album I Got Issues.

The Compton rapper put the iconic Hip Hop label on blast in a tweet on Thursday night (September 22) after key details about his forthcoming LP surfaced online earlier this week.

The project’s tracklist appeared on Apple Music on Wednesday (September 21), revealing collaborations with Nas, J. Cole, Roddy Ricch and others across 14 songs. However, neither YG nor Def Jam had posted it themselves.

“DEF JAM BE HIRE’N PEOPLE TO FUCK UP,” he wrote. “ALL THEY DO IS FUCK UP. [crying face emoji]. MY TRACK LIST FOR MY ALBUM IS NOT POSE TO BE OUT. THEY SUCK REAL BAD.”

DEF JAM BE HIRE’N PEOPLE TO FUCK UP. ALL THEY DO IS FUCK UP. 😂. MY TRACK LIST FOR MY ALBUM IS NOT POSE TO BE OUT. THEY SUCK REAL BAD

This isn’t the first time YG has aired out his label woes. During a revealing interview with No Jumper last year, the 32-year-old explained how his previous record deal was “fucked up for 10 years straight.”

“When my shit started moving, like, my record deal was fucked up for 10 years straight,” he said. “My shit was all bad. I never owned none of my music I put out from, fuckin’, my last album back. I ain’t own nothing, so I just got out of that.”

He added: “I’m like, ‘I ain’t making no money with none of my music, I gotta do other shit.’ So it turned me into this little, whatever you want to call me, like business n-gga that got a brand.”

Nor is YG the first rapper to have criticized Def Jam. During his almost decade-long tenure on the label, Logic repeatedly publicized his frustrations, claiming in an Instagram video in April that the company had been “fucking up my releases.”

YG signed to Def Jam in 2010 at the age of 19, making him the label’s first West Coast signing in 15 years. He has released five studio albums on the label, including My Krazy Life, Stay Dangerous and My Life 4Hunnid.

Despite his issues with Def Jam, the 4Hunnid honcho continued the rollout for I Got Issues on Friday (September 23) with the release of a new song and video called “Maniac.” It follows previous singles “Scared Money” featuring J. Cole and Moneybagg Yo and “Toxic.”

As for the meaning behind the title, YG told Power 106 Los Angeles in February that the album will showcase his personal growth and evolution.

“It’s just the growth of me. Like, my headspace and what I’m on in life,” he said. “I think the whole COVID pandemic shit, I hated it but I also look at it like, this shit kinda helped me get to where I’m at with my self, mentally.”

I Got Issues is scheduled to arrive on September 30, meeting stiff competition for rap fans’ attention from Freddie Gibbs’ $oul $old $eparately and Kid Cudi’s Entergalactic.