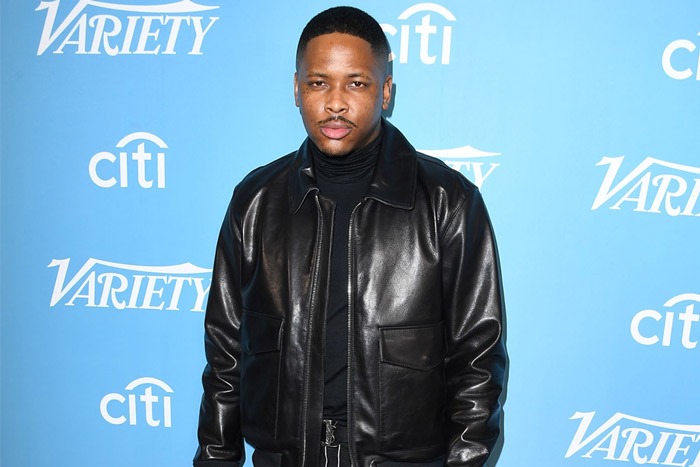 YG was arrested and booked for robbery on Friday.

YG’s vehicle was involved in a high-speed chase back in July, which ended in a deadly shootout. Police were called to apprehend a DUI suspect in his Escalade. While they were chasing the suspect, someone in the SUV allegedly opened fire, killing a 65-year-old man on a bike.

YG previously denied any involvement. “I was nowhere near the scene of this incident and had been in a recording studio all day in Hollywood,” he told TMZ. “I was there until after midnight on the Fourth of July and didn’t learn of these events until after they happened.”

It’s unclear if the Friday morning raid is related to that case. A couple weeks after the shooting, a Hollywood Hills home leased by YG was raided and at least one person was arrested for a weapons charge. YG was not present during that raid.

The Compton MC is currently in custody and is being transported to a jail to be booked for robbery. He is slated to perform during a tribute to Nipsey Hussle at the Grammys on Sunday. It’s unclear if this will affect the performance.

Following his arrest, his fellow rapper The Game tweeted: “Funny how @YG gets arrested the weekend of the Grammy’s when he’s supposed to hit the stage in Nip’s honor. #LAPDtheBiggestGangHere.”

Funny how @YG gets arrested the weekend of the Grammy’s when he’s supposed to hit the stage in Nip’s honor. #LAPDtheBiggestGangHere