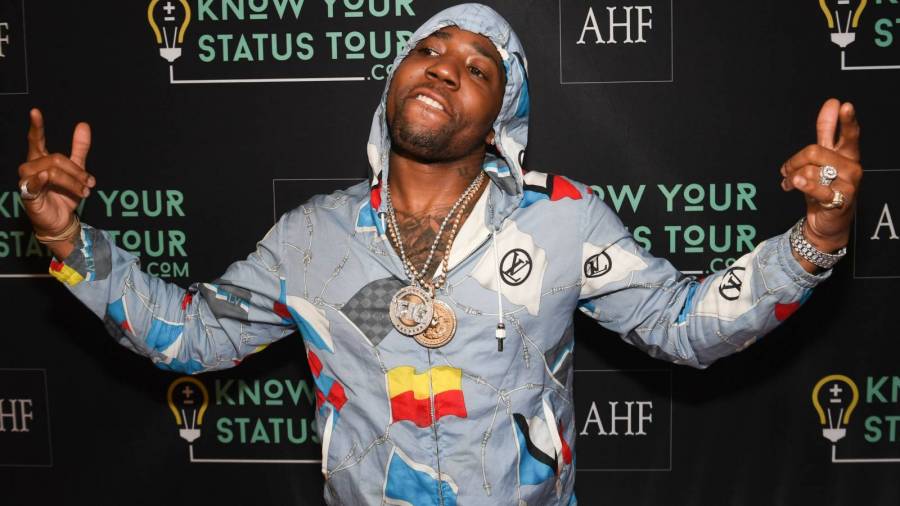 YoungBoy Never Broke Again confessed he wants to have a baby with Lil Wayne’s daughter Reginae Carter on his latest single “The Story of O.J. (Remix).” Now, Carter’s on-again, off-again boyfriend YFN Lucci has a few words for the chart-topping rapper.

Shortly after “The Story of O.J. (Remix)” music video started making the rounds, Lucci commented on a clip of the video, writing, “Boi a real b**** in person.”

Lucci and Carter have been romantically linked since at least February 2018. But Carter called off their relationship in August 2019 after he posted photos of himself at a X-Rated “cucumber party” featuring a bevy of scantily-clad women.

“I’m so glad that I’m not about to deal with that anymore,” she said on Instagram Live. “Anybody that’s promoting that and thinking it’s cool, I don’t want to be anywhere near them because they’re childish, they’re dirty, and they’re pathetic.”

Meanwhile, YoungBoy is rumored to be having a child with Floyd Mayweather’s daughter Yaya. She recently gifted the rapper an expensive bracelet with his grandmother’s name “Alice” on it for his 21st birthday.

The couple already has a complicated past. In April, Mayweather was arrested for allegedly stabbing the mother of one of YoungBoy’s children Lapattra Lashai Jacobs at his Houston, Texas home. YoungBoy was briefly placed in handcuffs as a precautionary measure while authorities investigated the scene. Mayweather told officers Jacobs pulled her hair outside of the house and then ran into the kitchen, where a violent altercation occurred.

Her father Floyd shared a cryptic Instagram post following her arrest and wrote, “Never claimed to be perfect, but I strive to be the best father possible.” Mayweather made bail not long after she was taken into custody.

Rumors of Lucci and Carter’s reconciliation have been floating around online, which could explain Lucci’s reaction to “The Story of O.J. (Remix).”