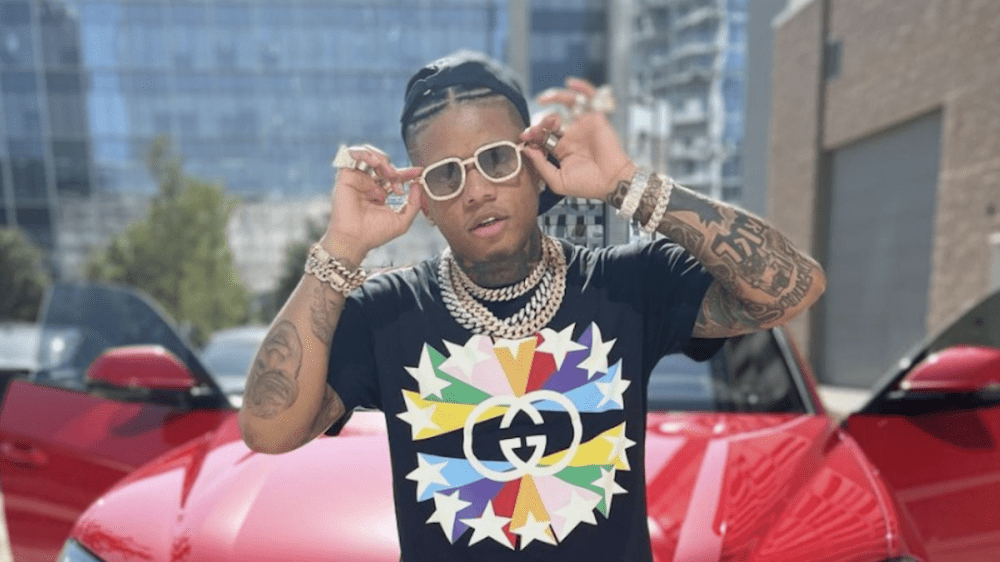 Dallas, TX – Yella Beezy is free after a recent arrest in Texas on drug and gun charges, but he says the entire incident was simply a misunderstanding.

On Saturday (August 14), he took to Instagram to tell his side of the story. While he didn’t deny the guns inside his truck, he stated the “controlled substance” inside the vehicle were actually bottles of hand sanitizer stylized to appear as promethazine.

“Wen they run test on the Hand Sanitizer the charges gone be dropped,” he wrote. “Lied again and said the dogs ‘alerted’ on my car – everybody know i don’t smoke! On straight bs…. i told the man smell it or put it on your hand and they wouldn’t , couldn’t do nothing about the guns Cuzz everything legit but when guns and ‘drugs’ together that’s a case.

“Even tho it’s hand sanitizer they still charged me until they find out lol … all they had to do was smell it or put some on took money , jewelry and phones for what ???? Crazy !”

The “That’s On Me” rapper was booked into jail on Wednesday (August 10) after officers pulled him over in Dallas. When cops searched his vehicle, they discovered multiple weapons as well as the bottles, according to TMZ. Although the gun charges were classified as a misdemeanor, the drug charges are a felony.

The arrest was the second in the last six months for the 29-year-old Hitco artist.

In February, he was arrested on gun charges after cops stopped him after running a stop sign. Although cops said the rapper’s vehicle smelled like marijuana and discovered an unlicensed firearm inside, Yella Beezy’s manager called the arrest “police harassment,” claiming the gun was registered.