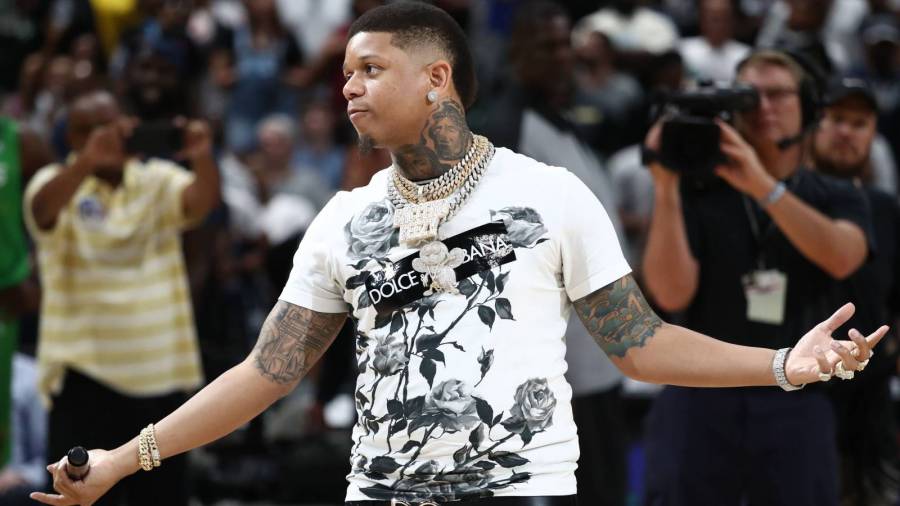 Yella Beezy was thrust into the Twitter spotlight earlier this week after surveillance footage of his manhood was leaked all over the internet. The video clip was taken from inside his home and shows the Dallas native in a black turtleneck with his pants down around his knees. Meanwhile, his penis is swinging back and forth as he strolls across his living room with a gun in his hand.

Although Akademiks claimed there was a PR strategy behind the leak, Yella Beezy begs to differ, telling The Shade Room, “it was an honest mistake” from the mother of his child who got the video from their security camera for her personal viewing. He claims she was “playing too much” and “accidentally” shared the video to her Instagram Story.

As a result, the 29-year-old rapper says his streams are steadily going up and definitely not on some “corny shit” or behind any kind of gimmick. He also says he doesn’t want this to be associated with his career. But Twitter has exploded with memes and jokes in the wake of the leak anyway.

Yella Beezy released the Lite Work, Vol. 2 mixtape in 2017, which included the single “That’s On Me” featuring 2 Chainz, T.I., Rich The Kid, Jeezy, Boosie Badazz and Trapboy Freddy. After peaking at No. 37 on the Billboard Hot 100, he landed a deal with L.A. Reid’s Hitco label and since then, dropped two additional mixtapes — 2018’s Ain’t No Goin’ Bacc and 2019’s Baccend Beezy.

In 2018, he opened up for Beyoncé and JAY-Z during their Dallas stop on the OTR II Tour and appeared on the Rubi Rose single “Hit Yo Dance” with NLE Choppa the following year. He stayed busy in 2020 as well, dropping collaborations with Gunna, 42 Dugg and Young Thug.