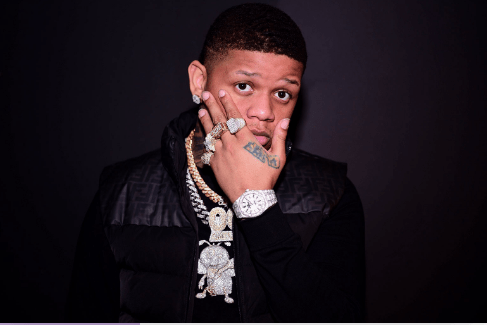 According to a recent report from TMZ, Texas rapper Yella Beezy, whose real name is Markies Conway, has been accused and charged with sexual assault stemming from an incident that occurred back in April.

Prosecutors out of Collin County issued a probable cause affidavit and an arrest warrant for Conway after an unidentified woman went to the ER claiming she’d been raped. The report said that the two met each other on IG, with Yella asking the woman if she wanted a new friend. He asked her out on a dinner date, which was to be followed by a little bowling.

She says that the rapper asked for a shirtless massage, which she voluntarily gave him. She claims that when she finished the massage and sat next to him, he began attacking her. She says he was kissing her against her will, pulling up her dress and inevitably, raping her. She claims at some point, she was able to break free and escape his clutches. The next day, the woman went to the emergency room, which is where police stepped in.

Beezy has been charged with sexual assault, felony abandoned endangered child and misdemeanor unlawful carrying a weapon. TheSource.com will update this charge as details develop.