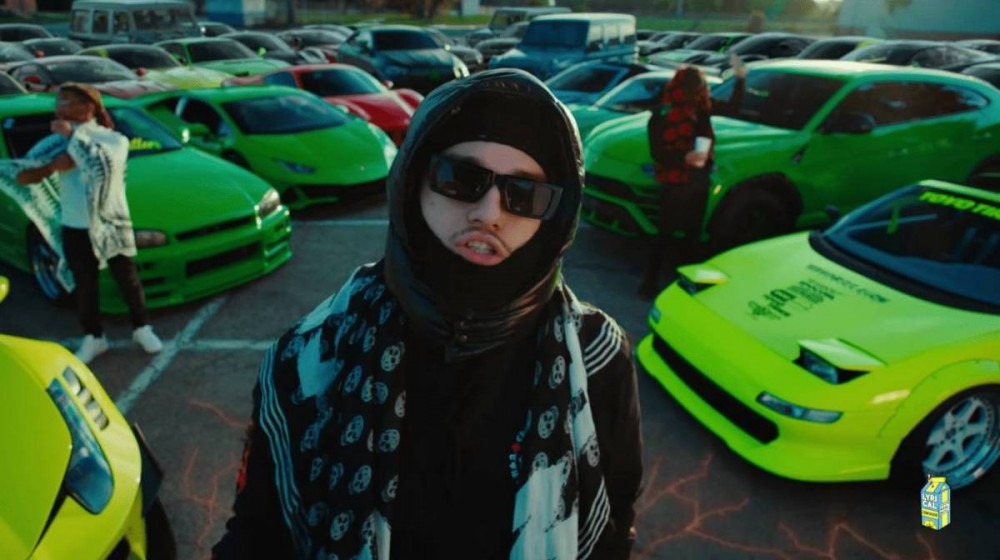 Yeat has unleashed his latest music video, and it’s directed by Lyrical Lemonade’s own Cole Bennett.

The video for Yeat’s “Poppin/Taliban,” which he unveiled on Wednesday (March 16), was recorded entirely on an iPhone and finds the young breakout star flexing a lavish collection of green cars, before literally taking off in one into the clouds. The chaotic new video comes after he dropped the visual for “On tha linë” at the beginning of March, which was recorded entirely in Paris and was just as kaleidoscopic.

After dropping his album 2 Alivë on February 18, the Portland native announced the 2 Alivë Tour on Wednesday (March 16), which will kick off in Detroit on April 8. From there, Yeat will head to Philadelphia, Boston, New York, Atlanta, Houston, and San Francisco among other stops.

Yeat’s latest album 2 Alivë debuted at No. 6 on the Billboard 200 and featured appearances from Young Thug, Gunna, Ken Car$on, Yung Kayo and SeptembersRich, who will also support the Portland native on his upcoming tour. Yeat’s popularity has skyrocketed since the release of 2 Alivë, and on Wednesday (March 16) Drake celebrated the young rapper’s hard work by gifting him a new pair of Nike Nocta’s, which Yeat began unwrapping on his IG story.

Check out the video for “Poppin/Taliban” below, and peep Yeat’s full list of tour dates below that.