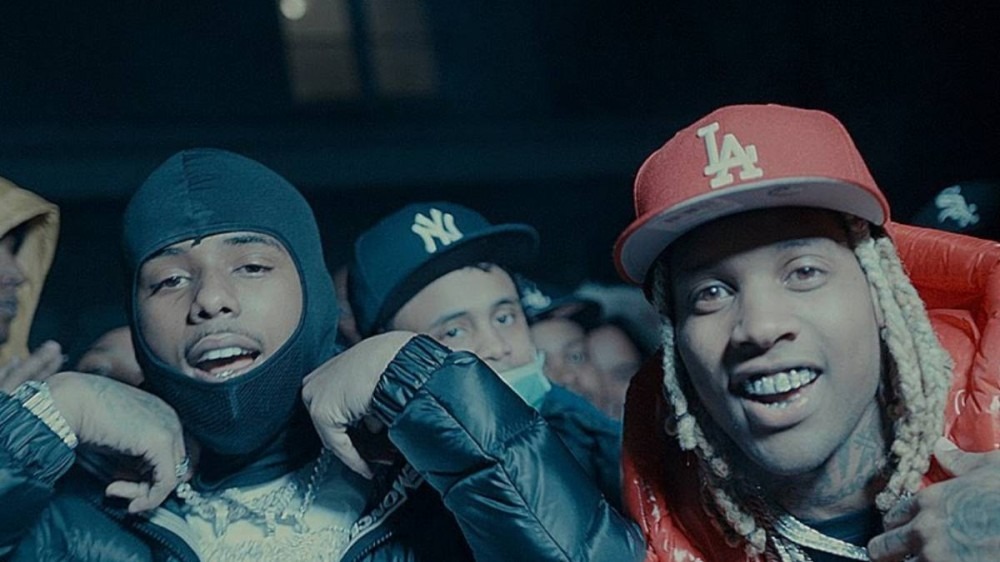 Yaya Mayweather is not a fan of Pooh Shiesty and Lil Durk’s “Back In Blood.”

As the young socialite was enjoying herself on a yacht with friends, her one-month old child she shares with YoungBoy Never Broke Again and her mother, Shiesty and Durk’s “Back In Blood” evoked quite the reaction when it came on. While yelling it was a “weak ass song,” she ordered the DJ to turn it off and made it evident there was an underlying reason.

It’s not completely clear why she has beef with them, but it may be in loyalty to her son’s father (despite him currently dating someone else) – as he’s tight with Quando Rondo, who was involved in Durk’s artist King Von’s fatal shooting in November.

Seemingly in response to Yaya’s Instagram Live, pro-Durk Chicago rapper Calboy tweeted, “We don’t turn off @lildurk or @pooh_shiesty over here,” and Durk retweeted the post.

Released in November, “Back in Blood” served as the lead single from Shiesty’s debut mixtape, Shiesty Season. It’s been climbing up the Billboard Hot 100 since its release and as of Wednesday (February 24), it sits at No. 16 on the chart. Earlier in the month, the YC-produced song was certified gold by the Recording Industry Association of America.

Watch the video for “Back in Blood” below.