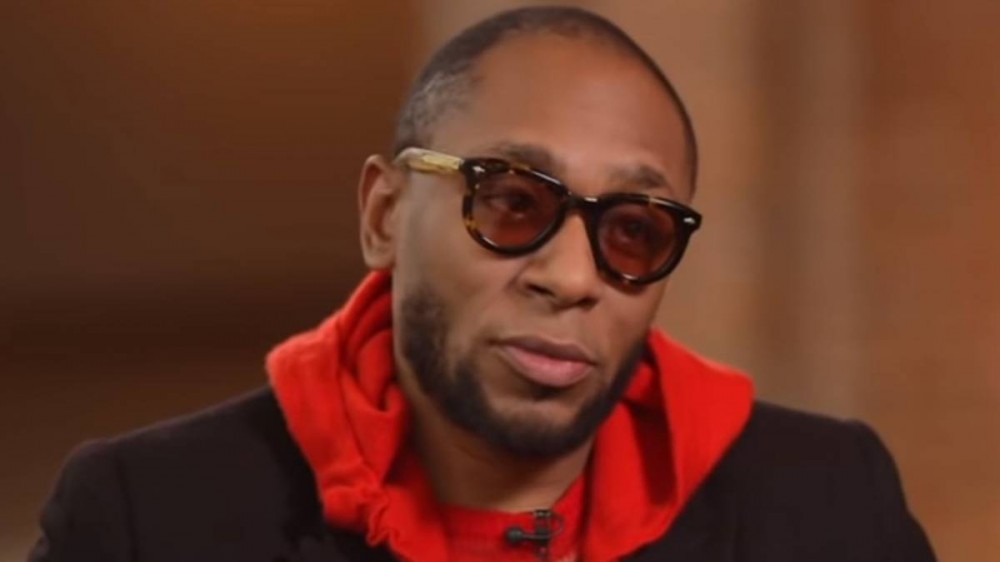 According to Arab News, the 28-minute soundtrack is for the audio-visual installation located at The Third Line art gallery in Dubai. The project is a music-meets-art collaboration with festival operator Sole.

Visitors of the exhibit are required to lock their cell phones and mobile devices away upon entry and listen to Yasiin Bey’s music while exploring Negus with headphones on. Yasiin Bey’s eight-track effort is unavailable for downloads and can be heard only at the exhibit.

The exhibits contain elements such as a large video projection of changing images that reflect some of Bey’s purview of the world, mainly regarding materialism. There’s also a small screen displaying his book of Negus lyrics etched in markers and colored pencils. “Go there. Stay Fly. Dream Study. Dream. Dream. Dream/But wait concentrate. Concentrate. Concentrate. Focus.” Bey also croons in one instance: “Lay world on fire/Human beings’ fascination with things/You know I won’t let you go/What do you mean by the term ‘modern’?/Modern world, it is a world beyond understanding.”

Negus made its debut in Dubai this month after making three previous stops in Morroco’s city of Marrakesh, Hong Kong and New York.

The Negus recording is Bey’s first known release since his guest verse on New York rapper and producer Navy Blue’s song “Breathe” in December 2020. The collection of tracks are the first since Bey dropped his 2016 collaborative album December 99th with writer and record producer Ferrari Sheppard.

In addition, comedian Dave Chappelle announced in April he’s joining forces with Bey and his other half of the Black Star duo Talib Kweli to co-host The Midnight Miracle on Apple’s Luminary podcast network, which is scheduled for May.