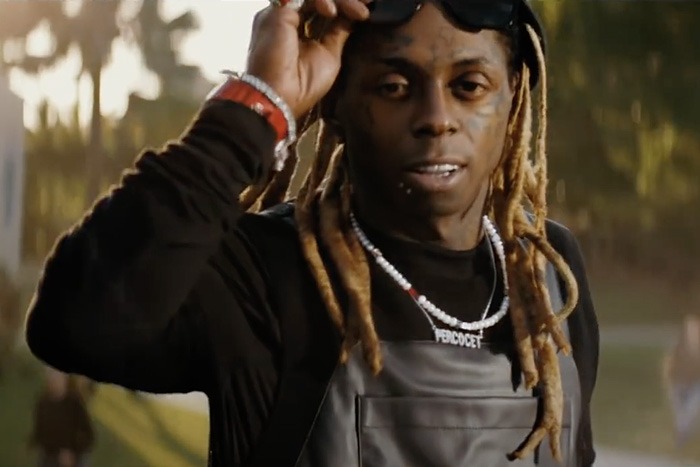 The chilling clip, directed by Eif Rivera, is a commentary on youth gun violence and bullying and is dedicated to the 17 victims of the Stoneman Douglas High School shooting that occurred on Feb. 14 in Parkland, Fla., not far from where X grew up.

The disturbing video opens with a photo of X visiting Parkland survivor Anthony Borges at the hospital after the shooting. It then captures a frustrated male teenager who is approached by a group of bullies in the school bathroom. He has visions of terrorizing his high school with a machine gun as students frantically escape classrooms and policemen wait outside. Lil Wayne serves as narrator, rapping his verse atop a cop car outside the school while chaos erupts.

It ends with the teen’s mother walking into his bedroom while he’s watching footage of a school shooting on his laptop. He tearfully expresses to her that he can’t take anymore bullying before the video ends with the hashtag #StopBullying.