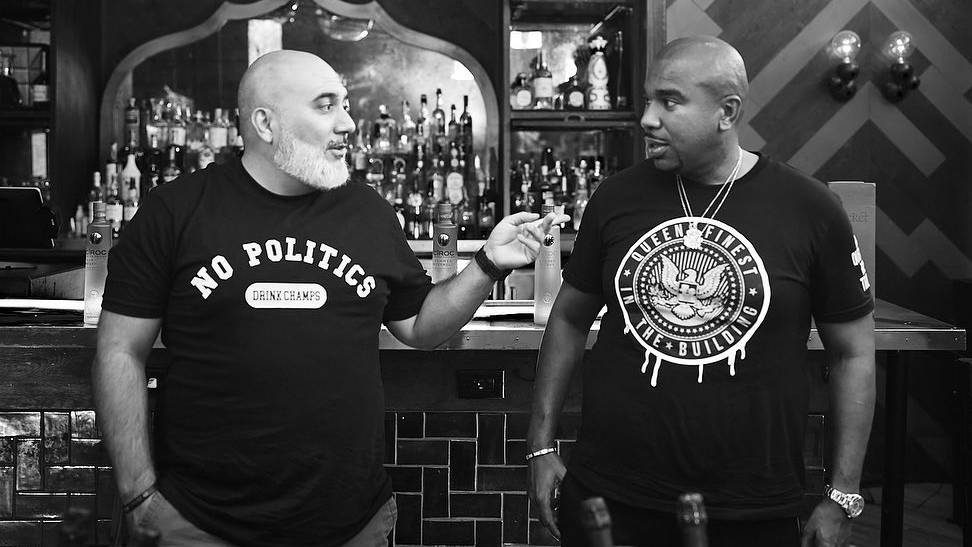 Exclusive – Wu-Tang Clan affiliates Sunz Of Man, Killarmy and Shyheim the Rugged Child were incensed after N.O.R.E. referred to them as “flunkies” on a recent episode of Drink Champs.

Once the Killa Beez swarmed, N.O.R.E. and co-host DJ EFN vowed to discuss the “misunderstanding” on Friday (August 27). The video arrived shortly after midnight ET on Saturday (August 28) and found Noreaga admitting his was “wrong,” although he didn’t officially say the words, “I’m sorry.”

But N.O.R.E. had a chance to truly right his wrongs on Monday night (August 30) when he and DJ EFN joined Killarmy founder 9th Prince and Killah Priest for an episode of Killah Priest’s podcast.

At one point during the conversation, 9th Prince joked about wanting to fight N.O.R.E. live on Drink Champs.

“I just got off the phone with RZA and shit and we talked,” he says. “He gonna put up a million dollars. We gonna fight live on Drink Champs, B.”

Killah Priest laughed and said, “This just went all the way left” as he encouraged 9th Prince to back down.

But with all jokes aside, 9th Prince added, “Nah, I just wanna say I appreciate y’all brothers. I appreciate you stepping up and making your apology public and shit. Word is bond and shit, you know what I’m saying? I know coming from the streets and all, it takes a lot for us to let that go and be like, ‘Yo, my fault, my bad’ and admitting that, B.”  Ultimately, the beef was squashed as noted in the Instagram caption.

“Apologies accepted!” 9th Prince wrote. “I got them going for a second. 9th Prince, Killa Priest, Noreaga, EFN all got on Killah Priest podcast last night to speak their peace.”

In a statement to HipHopDX, 9th Prince admitted he was kidding around about the potential fight with N.O.R.E. and was pleased to put this chapter behind them.

“Yesterday, me and Killah Priest got together to chop it up with N.O.R.E. and DH EFN on Killah Priest’s podcast to talk and listen to the apologies from the Drink Champs hosts,” he says. “I was pleased by what I heard from them. They apologized and agreed to have the Killa Beez on the Drink Champs show so we can continue to build and keep Hip Hop united — love, peace, and happiness — representing the culture in a positive way, not negative and bringing each other down.

“I did challenge N.O.R.E. to a boxing match live on Drink Champs for a million dollars. But, of course, I was joking. I think the Wu-Tang Killa Beez has swarmed and was stinging, so we did get our point across. The drama is over, brothers came together and agreed to leave it in peace.”

After the initial clip went live, guest Mickey Factz quickly issued an apology for laughing along with the “flunkies” comments, although he said he only rattled off the Killa Beez’s name out of respect.

“I just want to give an apology to all of the Wu-Tang members and anyone who’s affiliated with them as well as their supporters and their fans,” he said in part. “That was definitely out of line, it was out of pocket and there’s really no excuse for that.”

Check out the original comments above.