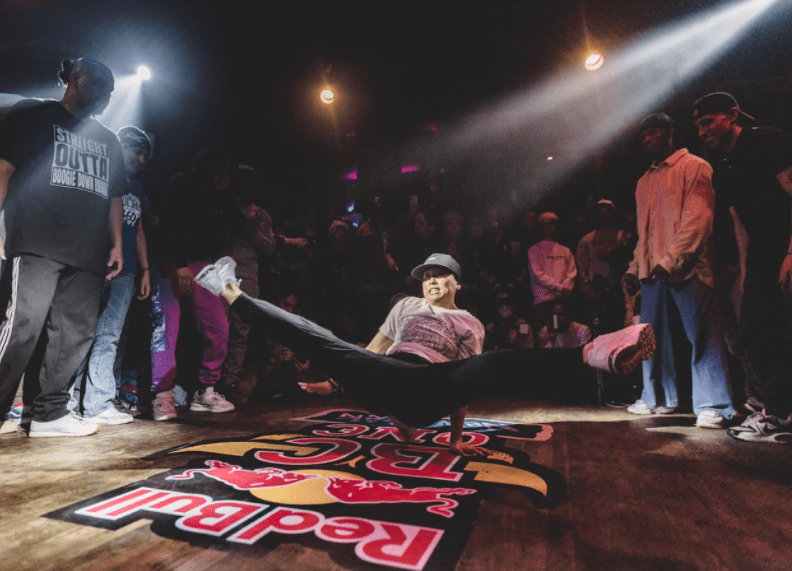 Today, global one-on-one breaking competition, Red Bull BC One, announces its return to New York City, the birthplace of Hip-Hop. Elite competitive breakers and Olympic hopefuls (‘b-boys’ and ‘b-girls’) from all corners of the globe will descend to New York City, where the world’s most highly anticipated annual breaking competition, the Red Bull BC One World Final, will take place on Saturday, November 12th at the Hammerstein Ballroom.

With over 60 qualifier events hosted across 30 countries, the competition brings together the best in breaking for an electrifying battle on the largest international stage, with the final event featuring a line-up of 16 b-boys and 16 b-girls. Last year’s Red Bull BC One World Final was hosted in Poland with B-Boy Amir from Kazakhstan and B-Girl Logistx from the USA taking the belt. Both will defend their titles at this year’s World Final.

Born on the streets of the Bronx, breaking is one of hip-hop’s four foundational elements, as integral to the expansion of the culture as MCing, DJing, and graffiti. Over nearly five decades, the vibrant local art form has broken beyond New York boroughs and become a worldwide phenomenon, evolving into a gravity-defying hybrid of stylized dance and athletic sport now globally recognized, with a sporting debut set for 2024.

In celebration of breaking’s progression, breakers from across the world will reunite in the art form’s birthplace at this unique moment in history to battle for their chance to be crowned Red Bull BC One World Champion.

“There is something special about the Red Bull BC One World Final returning to New York City,” says Logan “Logistx” Edra, winner of the 2021 Red Bull BC One World Final, and the youngest to ever hold the coveted title. “As the next generation of breakers rise, I feel it’s important to honor breaking’s roots while breathing new life into the sport as it continues to amass international and well-due recognition.”