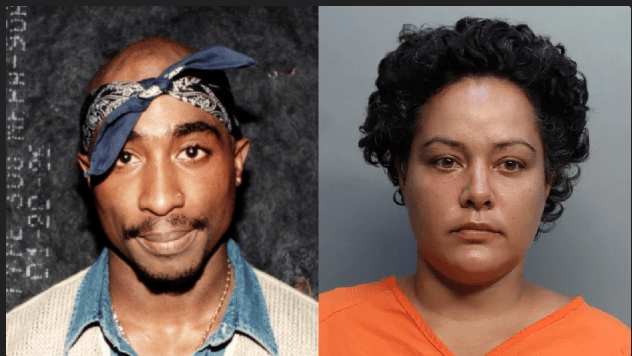 A South Florida woman named Tupac Shakur was arrested yesterday(September 7) for allegedly beating an elderly man with a baseball bat, according to a report from The New York Post.

The 34-year-old woman was charged with aggravated assault on the same date that the original Tupac Shakur was shot in Las Vegas 26 years earlier. The famous Shakur died six days later, succumbing to his injuries.

Shakur is accused of hitting a 65-year-old man with a baseball bat several times as he sat outside of the Hialeah Hospital just a day prior. The man suffered injuries to his face, upper lip, right arm, right hand, and right leg before escaping to safety inside the hospital. Police found Shakur, arrested her, and took her to the Turner Guilford Knight Correctional Center to be booked.

It’s unsure whether Shakur was born Tupac Amaru Shakur or if she changed her name to commemorate the late cultural icon.