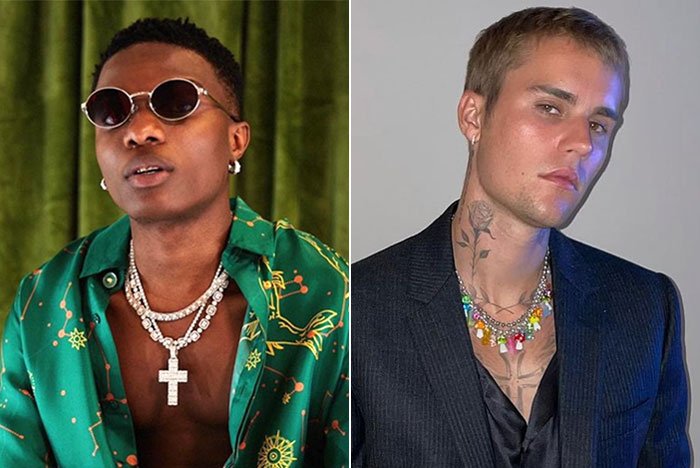 Courtesy of its new remix with Justin Bieber, Wizkid’s “Essence,” featuring Tems landed in the top 10 of Billboard’s Hot R&B/Hip-Hop Songs chart with a 13-5 lift on the chart dated Aug. 28.

The latest version now with Bieber as a featured act adds to the single’s rise as the latest crossover success for the Afrobeats genre. With this jump, Wizkid earned his second Top 10 record. He previously made it to the Top after joining forces with Drake for One Dance which also featured Kyla. The infamous song was No. 1 for  18 weeks in 2016.

This marks Tems debuut on the Top 10 chart. Bieber is no stranger to the No.1 spot having held down the spot for 7 weeks in April courtesy of his song Peaches featuring Daniel Caesar and Giveon.

“Essence,” which dropped in February off of Wiz Kid’s Made In Lagos album, has been gaining notoriety as a possible contender for song of the summer.

Have you heard Justin Bieber’s verse on the “Essence” (Remix)? Check it out below: