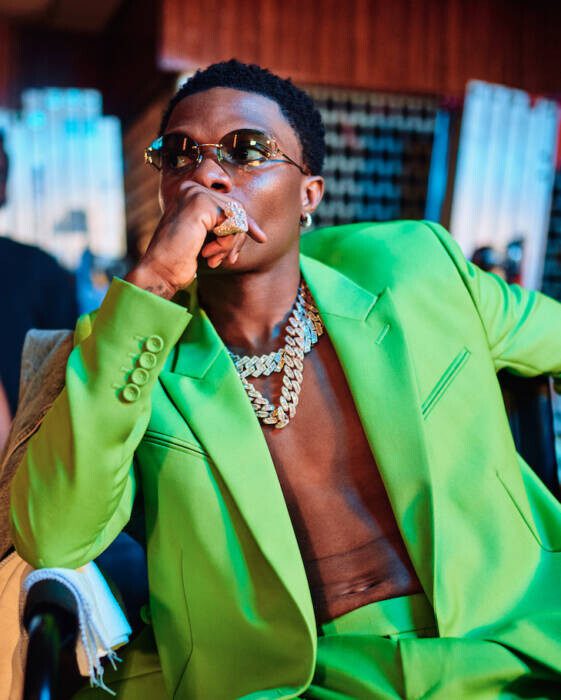 GRAMMY Award winning and multi-Platinum selling Nigerian superstar Wizkid releases the video for his new single “Bad To Me” via Starboy/Sony Music International/RCA Records – click here to watch. The video depicts a playful story of Wiz performing on a TV show as himself and the showrunner being his secret lover. Produced by Wizkid’s longtime producer P2J (whose credits also include Beyoncé, Doja Cat and Burna Boy), “Bad To Me” is a declaration of lust in its purest form; sultry vibes over a percussive beat that only continues to add to the ongoing tension. The single will be on his forthcoming album More Love, Less Ego coming soon. This fall Apple Music will release an Apple Music Live performance with Wiz and he will also be doing his first-ever Madison Square Garden show in New York on November 16th – buy tickets here.

Watch “Bad To Me” Video HERE.

Recently, Wizkid reached a momentous career milestone as his 2020 Grammy nominated album Made in Lagos, with over a billion streams to its name, was awarded Gold Certified from the RIAA. The album’s 2021 deluxe version had the Justin Bieber remixed lead single “Essence” (featuring Tems) that peaked at #9 on the Billboard Hot 100 chart, won a 2022 BET Award for “Best Collaboration”  and a 2022 NAACP Image Award for “Outstanding International Song,” in addition to being the first Nigerian song to chart on both the Hot 100 and Global 200 charts. The original Grammy nominated version of the single featuring Tems is a 2x Platinum smash hit that reached #1 at Urban Radio and #1 on Billboard’s R&B/Hip-Hop Airplay chart.

Also, this year, Wizkid has collaborated with Chris Brown for his track “Call Me Every Day”, headlined Rolling Loud in Toronto, and performed at festivals around the world including Roots Picnic in Philadelphia, Afro Nation in Portugal, Oh My Fest in Amsterdam, Essence Fest in New Orleans, and more.