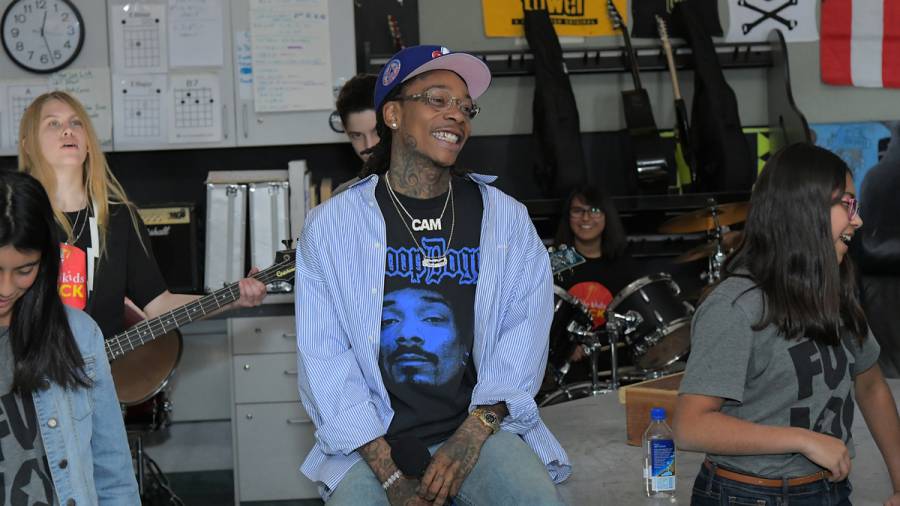 Wiz Khalifa wanted to get in on Nathan “@doggface208” Apodaca’s good vibes, so he linked with the viral star for a skate and smoke session.

In an Instagram video posted on Sunday (October 25), the Taylor Gang CEO is filmed hanging out with Apodaca in Los Angeles as the pair smoked on Wiz’s Khalifa Kush strain and bumped his “Still Wiz” track off his April EP, The Saga of Wiz Khalifa.

Had to pull up on the homie @doggface208 and blaze some @thekhalifakush ???

Apodaca blew up on TikTok in September when he uploaded a now-viral video skateboarding on an Idaho highway while drinking Ocean Spray Cran-Raspberry juice and singing along to Fleetwood Mac’s hit “Dreams.” The wholesome clip apparently brought some much-needed joy to a world of people in quarantine and has been streamed over 20 million times, single-handedly helping triple the sales of the 1977 single.

Just before dropping the deluxe, Wiz celebrated his 33rd birthday in September with the release of even more music. His 17-track Big Pimpin mixtape kept things mainly in-house with features from Curren$y, Chevy Woods, Young Deji, Sosamann and more but tapped into his classic mixtape sound by recruiting famed producers among the likes of Harry Fraud and Statik Selektah for production.