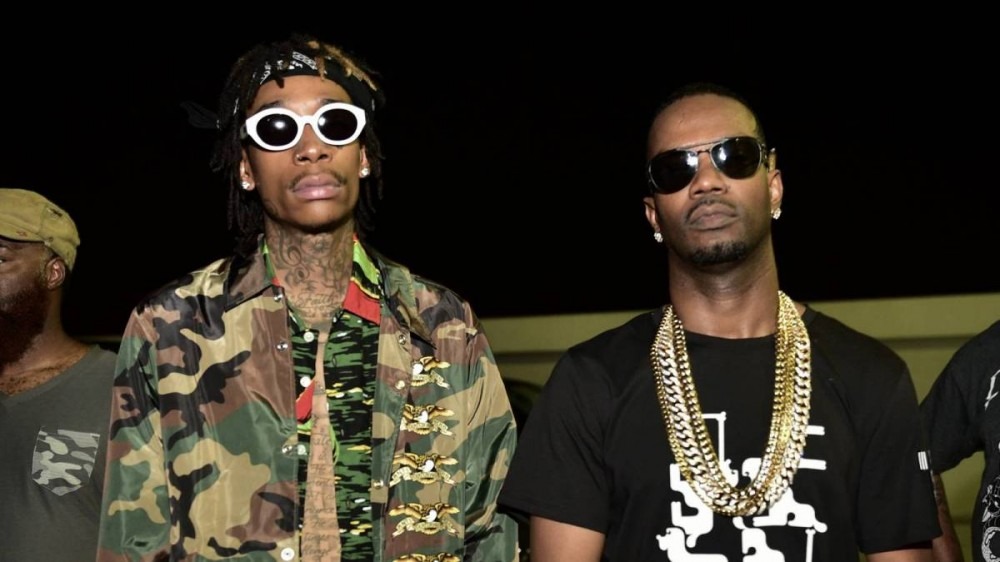 Wiz Khalifa and Juicy J had their fans busting at the seams when they announced a collaborative album that will arrive sometime in 2022. They already got the ball rolling with a joint single titled “Pop That Trunk,” and they’re already moving on to the next track.

On Wednesday (January 26), Wiz and Juicy J dropped their latest single, “Backseat” featuring Memphis rap legend Project Pat. The song also came with an accompanying music video directed by Gabriel Hart that finds the three rappers in their respective animated backgrounds rapping about what they do in the back seat of their cars.

The music video marks the second time Wiz and Juicy J teamed up with Gabriel Hart as he directed their visual for “Pop That Trunk.” That clip had the Taylor Gang rappers convincing strangers to sell their souls to them.

Wiz Khalifa and Juicy J’s forthcoming album follows another joint project they dropped in 2016. That album was titled TGOD Mafia: Rude Awakening and was executive produced by TM88. It debuted at No. 26 on the Billboard 200, moving over 10,000 album-equivalent units and garnering 4.1 million streams in its first week.

While he’s getting ready to drop a new joint album with Juicy J, Wiz Khalifa is keeping up with his health. The Pittsburgh native recently gave fans an inside look at his brand new indoor gym at his Los Angeles, California mansion.