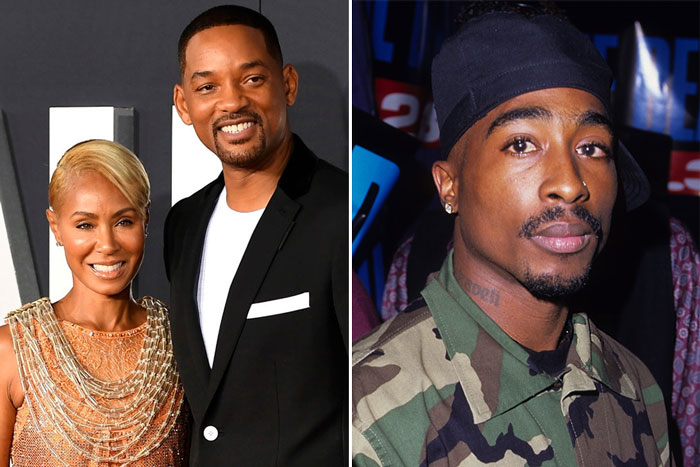 Will Smith is opening up about his relationship with Tupac Shakur.

While promoting his new movie Bad Boys for Life with Martin Lawrence on “The Breakfast Club” on Monday, the actor admitted that he felt “deeply insecure” about the close bond between the late rap icon and his wife Jada Pinkett Smith.

When asked if he was ever jealous of the love Jada had for Pac, Will responded, “F**k yeah.”

However, he regrets not trying to foster a friendship with Pac. “That was a big regret for me too because I could never open up to interact with Pac,” Will told Charlamagne Tha God, DJ Envy, and Angela Yee. “You know, because we had a little bit of a thing. You know, they grew up together and they loved each other, but they never had a ual relationship.”

#WillSmith speaks on insecurities over the love Jada had for #2Pac

Jada and Pac met when they were in high school at Baltimore School for the Arts in Maryland and became close friends before she met Will. “They had come into that age where now that was a possibility and then Jada was with me,” recalled Will. “So Pac had a little thing on that, but she just loved him like he was the image of perfection, but she was with the Fresh Prince.”

Charlamagne thought the two would have had a lot in common, as did Jada. “That’s what Jada would say all the time,” said Will. “Like, ‘I’m telling you, y’all are so similar you will love him,’ and I just never… That was a huge regret of mine… I couldn’t handle it. I was the soft rapper from Philly and he was Pac.”

But he wasn’t able to overcome his insecurities. “I was deeply, deeply insecure, and I wasn’t man enough to handle that relationship,” confessed Will.

Jada has been candid about her friendship with Pac in the past. “He was one of my best friends,” she has said. “He was like a brother. It was beyond friendship for us, as far as just, it’s really difficult to explain because the type of relationship we had, you only get that once in a lifetime. He was like a brother-father figure to me. Very protective. We took really good care of each other, the best that we could. We gave each other a lot.”