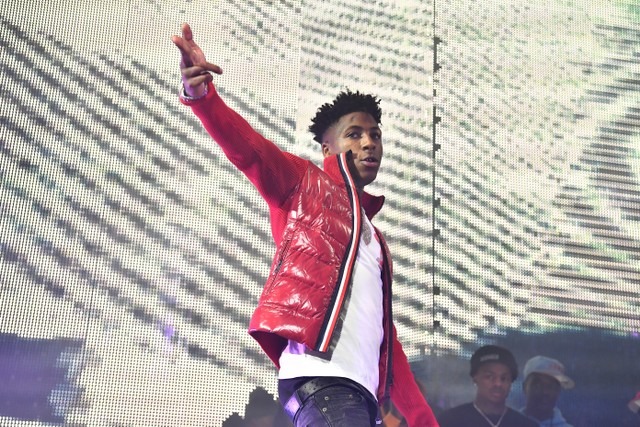 These past weeks, fans have seen NBA Youngboy and Lil Durk shading each other not only on social media but also in records. It’s remarkable to say that despite the ongoing rap beef, the two are still setting trends in the industry. In the midst of the online back and forth, the two had everyone on social media spelling out phrases in money, other creative items.

These days, fans and celebrities have been drawing the line between Lil Durk and NBA Youngboy, choosing which side they rep, OTF or 4TK. Unless you’re like DJ Akademiks who believes it’s not smart to choose sides in a rap beef.

“Fans who choose a side are weird too.. man Durk and YB are both in my top 5 rappers. I ain’t gangsta lol I’d laugh at either or if they expected me to pick sides … Both are two talented black men. Hope they resolve their issues amicably or ignore each other. It’s music,” he penned on Twitter.

The two rappers could be battling head to head yet again, after Lil Durk announced the official release date to his highly anticipated album, “7220” which is set to release on March 11th.

“I dare a n***a drop on my date 3/11/22 but anyway von did 65k,” the Chicago rapper wrote, while also giving praise to the late King Von whose posthumous album What It Means to be King, released March 2nd.

Following that post, the Louisiana rapper’s producer, Jason Goldberg, would post what could be the cover art for an album with the caption, “The Last Slimeto 3/00/22.” Fans are wondering if this could mean that NBA YoungBoy and Lil Durk will go head to head in numbers on March 11th. This marks as NBA YoungBoy’s last album with Atlantic Records.

What are your thoughts?