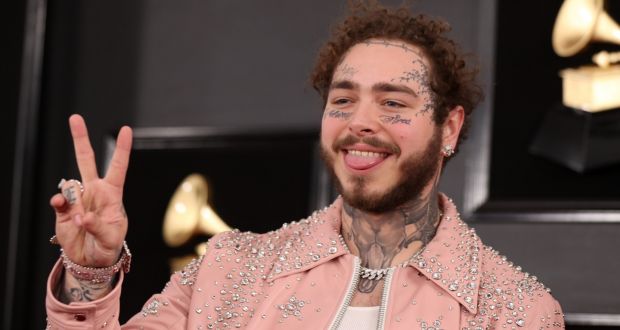 Ah, Post Malone—a man of musical mystery. In the spotlight, he is classified as a rising hip hop star and successful music producer. But what makes Post Malone mysterious is that his style of music cannot, in literal terms, be classified. Many of critics, fans and other artists have tried to solve the ongoing debate of what genre Post Malones music should be classified under. But to this date, few have come up with a reasonable definition.

So we too are joining in on the decoding hunt to figure out the question, what genre is Post Malone? Is it hip hop? Is it rap? Is it R&B? Is it funk? Is it country-crossover?

Every fan and critic of Post Malone seems to have a different opinion of what genre Post Malone’s music is.

But his unique style is so unique that it needs to be placed into a category of its own—"genre-less”.  Here are three reasons why:

Born in Syracuse, New York in 1995, Post Malone was privy to the Hip Hop scene that was booming on New York’s streets. But at a young age, Post Malone and his family moved to Texas, where he was then exposed to the country music scene. His eclectic music taste and skills only enhanced with age, as he would spend hours on guitar hero mastering rock and roll techniques and playing in his own soft metal band.

When Post Malone’s single White Iverson came out on Sound Cloud, he was catapulted into what was classified as a hip hop career—despite never confirming it was his intention to be classified that way. Post Malone’s music on Sound Cloud was experimental and creative—never with the intention of being the next “it” star. When you think about what hip hop really is, the genre is a multicultural type of music that draws on that of African Americans, Puerto Ricans and Jamaicans who formed their own unique style on the streets of New York. Hip hop has always been a genre of music that encourages individualism. And when looking at the specific case of Post Malone, the individualism of his music is explosive!

Even the most established music critics in the industry struggle to classify Post Malone’s music. One New York Time’s writer did an attempt to by saying that his music was teetering between singing and rapping with a blend of hip hop and electric folk. Many of critics have gotten into heated debates over what Post Malone’s genre is, only to eventually subside to the mutual agreement he must in fact be genre-less. The irony in the critics insisting on defining Post Malone’s genre is that Post Malone himself has stated that his music is genre-less.

Music in general is a special form of art that allows for a deeper human connection. Music can elicit a range of emotions—from happiness, anger, sadness, frustration, calmness, ect. Regardless of what the definition of the type of music you are listening to is, the fact of the matter is that your enjoyment of it has little to do with that definition!

When we get to the case of Post Malone, one must look at his music as if it were a puzzle piece that fit to everything. His genre of music can be whatever you want it to be. The best advice when it comes to Post Malone and decoding the mystery of what genre of music he most identifies with, is to simply enjoy his music. It does not need to be defined to still be legendary.