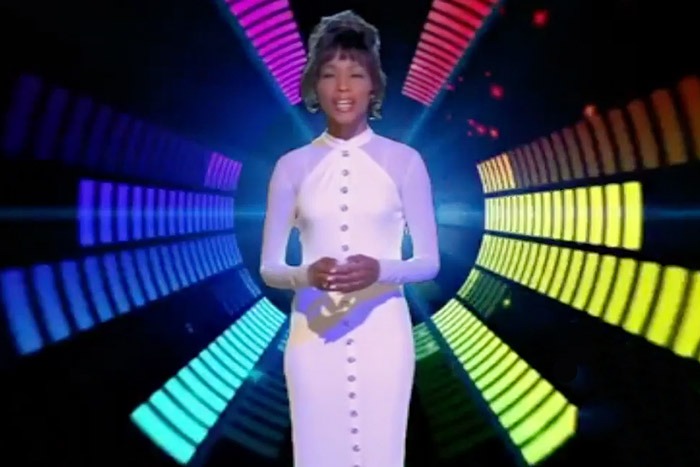 Houston, we have a problem.

The Whitney Houston hologram that was supposed to debut on “The Voice” four years ago emerged during a virtual concert co-hosted by Scott Storch earlier this month, much to the surprise of fans and Whitney’s own estate.

The hologram of the late singer introduced the “Hologram Icons of American Music” variety show. According to TMZ, Storch teamed up with FilmOn to put on the show, which featured performances from late legends including Tupac Shakur, The Notorious B.I.G., and Michael Jackson, as well as living artists like Ray J and Chief Keef.

Watch the full show at FilmOn.com

The Whitney hologram was slated to perform a duet of “I’m Every Woman” with Christina Aguilera during the 2016 finale of “The Voice,” but was scrapped because it “was not ready to air,” according to Houston’s estate.

FilmOn founder Alki David went back and retooled the image for the “Hologram Icons” show. However, he didn’t get approval from Houston’s estate to release it, and doesn’t feel he needed to.

Whitney’s estate is currently weighing their legal options since this was done without permission.

Last year, the Whitney Houston Estate announced their own plans for a Whitney hologram that would perform her music on tour.