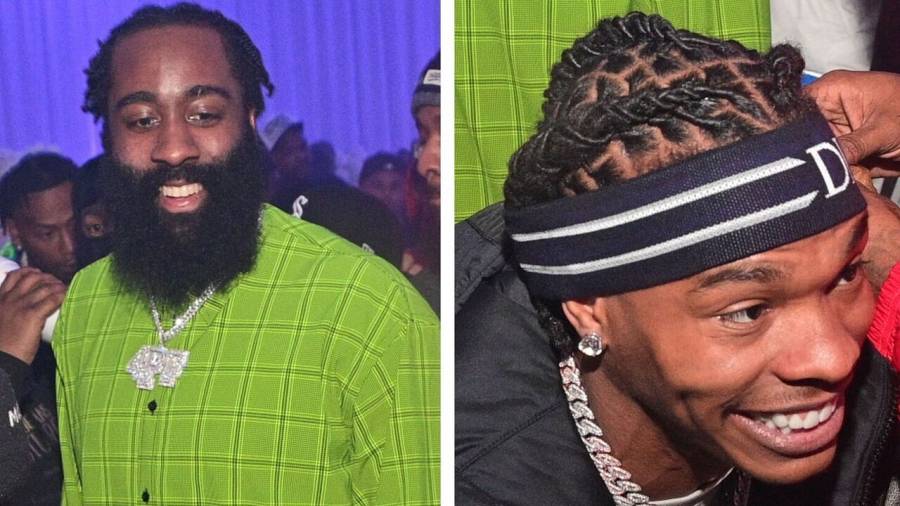 Lil Baby and James Harden’s quick vacation in France for Paris Fashion Week took a turn for the worse when the rapper, along with two other people, were detained and arrested by French authorities for transporting narcotics on Thursday (July 8).

According to local police, Lil Baby and two friends were riding around “The City of Light” when police stopped them and claimed their vehicle smelled like marijuana. Police reportedly found 20 grams worth of weed inside the passenger side glove compartment, leading to the Atlanta rap star being arrested. The nine-time NBA All-Star avoided handcuffs after he was searched and cleared of any wrongdoing.

It’s no secret that Lil Baby and James Harden are best friends. They’ve been photographed hanging out with each other and even exchanged gifts. The friendship is so strong that Lil Baby supported his best bud courtside at Brooklyn Nets games during the regular season and playoffs. Harden even found himself an executive producer credit on Lil Baby and Lil Durk’s collaborative effort The Voice of the Heroes, which debuted at No. 1 on the Billboard 200 chart with an estimated 150,000 total album-equivalent units earned, most of which earned by on-demand streams.

They have a strong friendship, so what could’ve possibly led Lil Baby and James Harden to find themselves in this wild predicament in Paris?

The two friends have been in France for the last seven days partying it up for Paris Fashion Week. They took in several shows and hit the streets with their best outfits, including a Balenciaga get-up while hanging with Formula One driver Lewis Hamilton. They had so much fun that French paparazzi caught on and ambushed the famous Americans while they were leaving a building.

With their celebrity status, Lil Baby and James Harden had eyes all on them over the last few days. It’s not like they can fly under the radar, especially with the attention they brought themselves while living it up in Paris. In one clip shared on social media, both men were caught off guard and seemed shocked that paparazzi found them.

They walked through what appeared to be a tunnel prior to the camera flashes going off and Harden stopped midway before Baby noticed he wasn’t walking and turned around to see if they’re still heading to wherever it is they’re going. The look of uncertainty on both Harden and Baby’s faces is priceless as they awkwardly acknowledged the love the paparazzi were giving them.

They caught Lil Baby off guard in Paris pic.twitter.com/hOaMOkcsOy

While trying to avoid the wave of cameras, Harden and Lil Baby found time to hang out with a masked-up Kanye West at the Balenciaga Haute Couture show during Paris Fashion Week. Yeezy was spotted seated at the show alongside the two friends, model Bella Hadid and other fashion designers.

Unlike Harden and Baby though, Kanye West succeeded in avoiding the paparazzi. The duo should’ve taken the lowkey approach like Kanye did when photographers didn’t even notice him walking into the Balenciaga Haute Couture show. Kanye was dressed in a custom Harley Davidson mask, a black puffer jacket from his YZY Gap collection, Montbell America Stretch Pants, a gold chain and Yeezy Foam Runners drawn on by his kids.

A$AP Rocky knows all about issues with European law enforcement from his controversial prison stint in Sweden in 2019.

As of press time, Lil Baby is currently in the custody of French police as part of a narcotics investigation opened by the city’s eighth district police precinct, officials said.