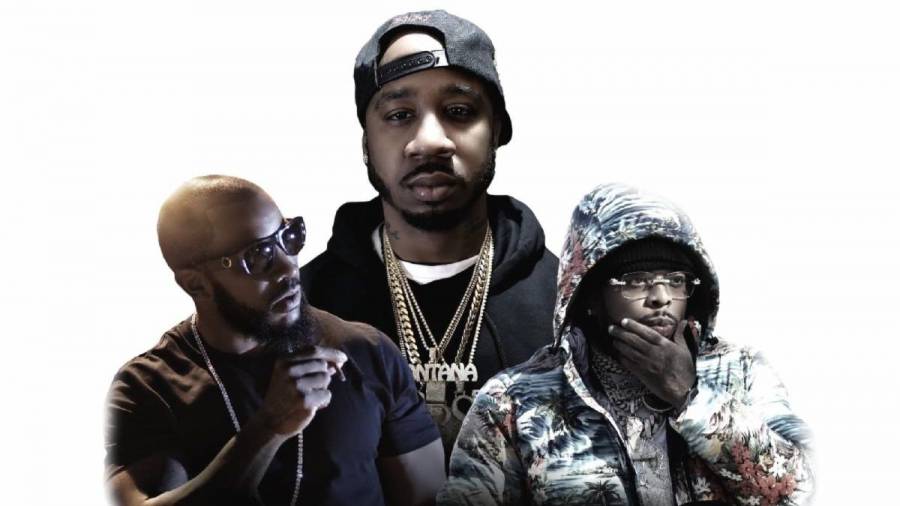 The Griselda collective has proven to be masters of their domain. With laser sharp lyricism and a relentless work ethic, Westside Gunn, Benny The Butcher, Conway The Machine and their in-house producer Daringer rocked 2020 and are looking to carry that momentum into 2021.

On Tuesday (January 5), Westside, Wale and Smoke DZA teamed up for “The Hurt Business,” the second single from the soundtrack for Griselda Films’ first movie CONFLICTED. The sinister-sounding production provides the perfect backdrop for the talented trio to rap about their colorful street tales.

As Westside and Wale spit in the chorus, “Ayo, the flyest motherfuckers got the game on lock (Got the game on lock, ah)/Keep shootin’ it ’til it ain’t no shots (Brr, brr, ’til it ain’t no shots)/Allah, please forgive all my n-ggas in the box (All my n-ggas in the box)/When one come home, then another get knocked (Then another get knocked).”

The track follows “3:30 In Houston” from Benny The Butcher, his first solo release since he was shot in a Houston Walmart parking lot.

Directed by AK Reed, CONFLICTED is an urban tale depicting Benny The Butcher as a Buffalo gangster named Hunter who wrestles with staying on a virtuous path after he’s released from prison. Although Hunter swore he’d never to go back to the game that cost him his freedom, he’s soon confronted with the demons of his past, leaving him “conflicted.”

Written by and starring Deuce King, the movie’s cast also includes Westside, veteran actor Michael Rapaport, J Holiday and more. The CONFLICTED film soundtrack is expected to arrive on Friday (January 8) and the film will follow on January 15. Check out the trailer below.