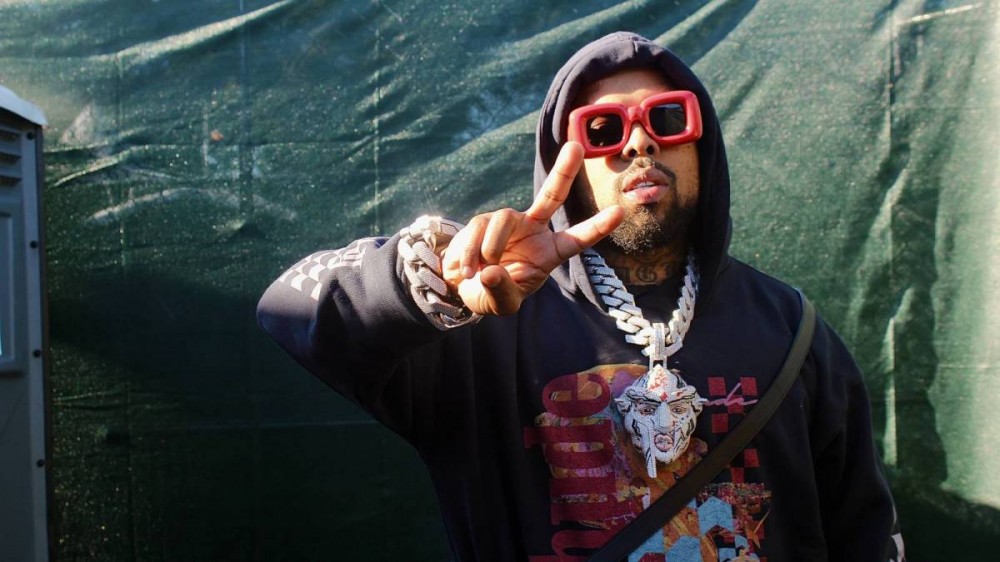 EXCLUSIVE – Westside Gunn has shed more light on his mysterious MICHELLE RECORDS project, and it looks like fans can expect it to arrive sometime during the Halloween season.

The Griselda Records leader made the revelation during an interview at Rolling Loud New York City this past weekend, and although he still didn’t reveal what the project was, he said a whole lot more than what he’s given fans over the last few months.

When asked if he could provide any tidbits on the project, Westside Gunn told HipHopDX it would arrive next month.

Westside Gunn first teased the project — named after his late aunt who passed away in November 2021 — back in February with a pair of trailers featuring cameos from Fabolous, Dave East, Conway The Machine, Benny The Butcher and Armani Caesar.

Fan excitement reached a new level the following month when Westside Gunn shared a clip of longtime collaborator and producer Conductor Williams making a beat from the top of the dome. Gunn also shared a photo of A$AP Rocky visiting him to lay “his vocals for MICHELLE RECORDS.”

With all the teasers, though, fans couldn’t determine if MICHELLE RECORDS was a song, album or new record label, given the fact Conway The Machine and Benny The Butcher branched out with their own respective imprints, Drumwork Music Group and Black Soprano Family.

A Griselda Records Twitter fan page tweeted a post on Wednesday (September 28) that MICHELLE RECORDS would be a full-length album with the release date being Halloween. The post also contained the alleged cover art featuring someone wearing a hockey goalie mask reminiscent of Jason Voorhees from the Friday The 13th movie franchise.

If MICHELLE RECORDS happens to be an album, it will be his seventh studio album and follows his last release, Peace “Fly” God, which was unleashed in July 2022. The album featured Stove God Cooks, Estee Nack, Eastside Flip and more.

All the music-related content that’s been coming from Westside Gunn over the last two years came after he flirted with the idea of retirement in 2020.