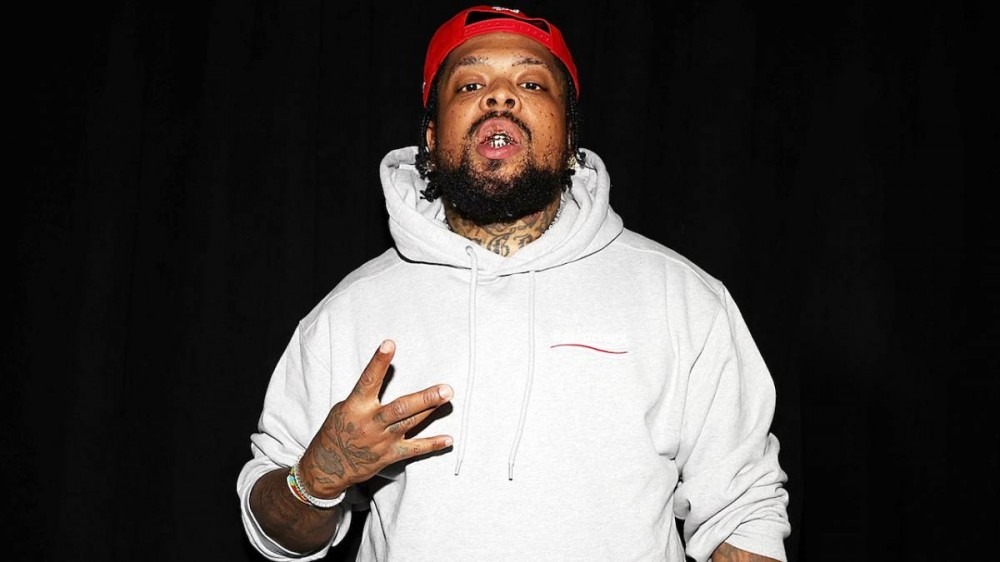 Westside Gunn brought his wrestling dreams to life last week when he was a guest at All Elite Wrestling (AEW) Dynamite in his hometown Buffalo, New York, to perform Griselda’s hit single “Dr. Birds.”

The special performance introduced AEW wrestler Daniel Garcia, who was billed to go against Wheeler Yuta for the Ring Of Honor Pure championship. In the footage shared online, Gunn arrived on the stage in a custom Marshawn Lynch Buffalo Bills jersey with iced-out jewelry to match.

Gunn performed a rendition of “Dr. Birds” as fellow Buffalo native Daniel Garcia arrived next to the rapper, and they both walked down the ramp to the ring.

“Been waiting my whole life for this #4THROPE and NEEEEEEEW @ringofhonor pure Champion @GarciaWrestling #BUFFALOKIDS,” Gunn tweeted alongside the video of his performance.

Garcia won the match and Gunn spoke about the talented wrestler and his fandom of the sport in an interview with Pitchfork.

“Wrestling for me is like how Wu-Tang had karate,” Gunn said to the outlet. “It just goes hand-in-hand.”

He added: “Danny, man, that’s a good friend of mine, man. He’s a Buffalo kid, and he’s actually the best. He’s already being challenged by the best and can only go up from here. I think he’s gonna be a world champion soon. I’m all for DG, man, I’m team DG.

“I’ve been there since day one and that was always a dream of mine—just being a part of it. And it’s all about timing. I could’ve had the opportunity sooner, who knows, but it happening in Buffalo for Danny and him winning the belt? That’s the story. It doesn’t get any better than that.”

AEW has been keeping busy with rappers popping up at their shows. Earlier this month, Action Bronson made a surprise appearance during AEW’s All Out pay-per-view event in Chicago, Illinois, where he helped out Hook.

Bronson stepped into the ring to lend a helping hand to the young wrestler who walked out to Bronson’s song “The Chairman’s Intent,” during his FTW (Fuck the World) title match. The husky MC threw his weight around as he ejected both “Daddy Magic” Matt Menard and Angelo Parker from the ring.

“I’VE SEEN ENOUGH,” Bam Bam wrote on Instagram while sharing footage of his wrestling cameo. “COWARDLY ATTACKS AGAINST MY BROTHER @730hook WILL NEVER GO DOWN ON MY WATCH. IM OUT FOR BLOOD. @officialtaz13 @aew.”

Kevin Gates also pulled up to AEW’s Dynamite event at Gas South Arena in Georgia and got involved in a storyline with the AEW Tag Team Champions, Swerve Strickland and Keith Lee.

Following their match, Strickland and Lee gave Gates a shout-out ringside before being interrupted by Tony Nese and manager “Smart Mark” Sterling. Sterling grabbed the microphone and began dissing Gates which caused him to leave his ringside seat and approach the barricade. The disses continued, and Gates let off a vicious left hook to knock down Nese, who was protecting Sterling.