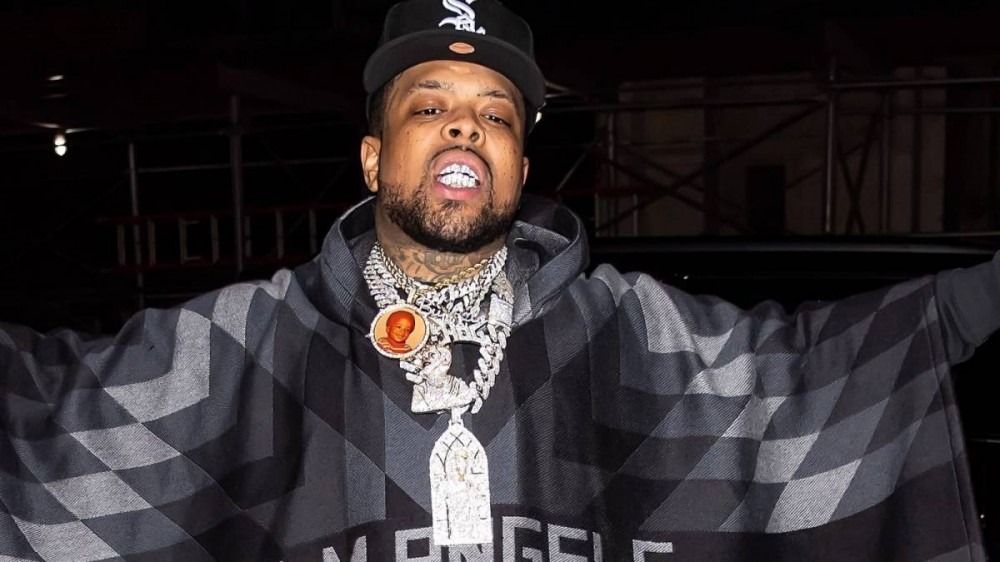 The Griselda Records founder had 20 tracks and over an hour to further ruminate on his come-up and past struggles over brooding, piano-laced production. Features from Tyler, The Creator, Benny The Butcher, 2 Chainz, Mach-Hommy, Jay Electronica and others provided accentual moments that floated effortlessly over the, at times, soothing tones.

If Westside Gunn sounds more inspired, maybe even hungrier — he is. After announcing his split from Eminem’s Shady Records in November 2020 during an episode of The Joe Budden Podcast, Gunn was free from the contractual obligations that seemed to weigh him down.

Speaking to HipHopDX earlier this month, the 39-year-old rapper was noticeably energized he was firmly back in the captain’s chair. At the same time, he admitted he wanted to do the Joe Budden interview to make the announcement.

“I actually wanted to do that interview just to say that,” he told DX. “Once I knew that the deal was done, I had already signed the paperwork and it was official, I’m like, ‘I got to make the announcement.’ But I mean, shout out to Paul [Rosenberg], shout out to Shady. It’s all love, you know what I’m saying? Yeah, it’s all love. Conway [The Machine] still has an album left over there that we have to drop and release, so it’s still all love.

“But it was just like one of those situations where it’s time for me to move on. It’s chapters in life. That’s why people move, dip out of town for different cultures and different experiences. And it’s the same thing for me.”

Westside Gunn is grateful for the roughly three years he spent at Shady Records and proud of the work he did there, including 2020’s Who Made The Sunshine.

“I had my time over there and it was all love, it was all good,” he continued. “You know we dropped What Would Chine Gun Do (WWCD), I dropped Who Made The Sunshine and it was all good. But it was just like, ‘OK, I’m a boss.’ I was a boss before that deal, you see what I’m saying? Like, I was already the owner of Griselda Records before I did that deal.

“I was already making noise before I did that deal. That’s why we even did the partnership in the first place. It wasn’t just like I came out of thin air. I already had murals painted of me and people tattooing me, people crazy.”

But there’d been signs Westside Gunn was ready to fly the Shady coup. Last October, he hinted there’d been a lack of support at the label after Eminem encouraged his 22.8 million Twitter followers to cop The Alchemist’s new album The Food Villain — but not his.

A Griselda fan took notice of the tweet and asked, “No post @westsidegunn’s album that’s in your own label? Lol wtf.” Westside replied with three laughing emojis followed by three “sssh” emojis, making it clear he was wondering the same thing.

With the Shady Records label situation in Westside Gunn’s rearview, he’s ready to keep conquering the world. As he said in a recent Instagram post, “FLYGOD is serving his purpose.”