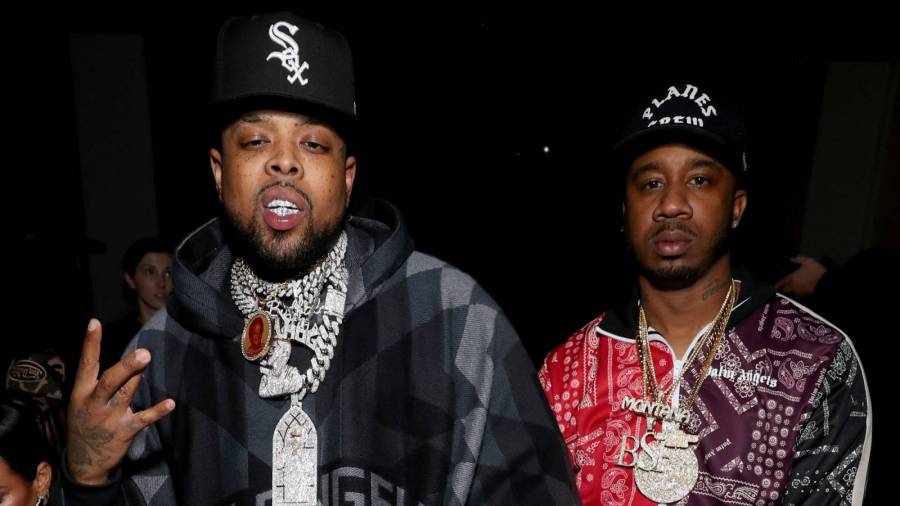 Buffalo, NY – Griselda is family — literally. Benny The Butcher and Westside Gunn are cousins while Conway The Machine is Westside’s brother. So when Benny was shot outside of a Houston Walmart on Saturday (November 14), Westside was presumably extremely concerned about his cousin’s well being.

On Monday (November 16), a day after it was confirmed Benny was indeed the victim in the parking lot shooting, video of the Buffalo MC walking up to a private jet on crutches started making the rounds, letting his fans know he was at least out of the hospital.

Now, Westside has provided another update on Benny’s condition with an Instagram post. In the photo, Benny is posted up in a Lazy Boy with his injured leg on a pillow and a blunt in his hand.

“I usually wouldn’t even post this but Buzz went From the hospital to a Private Jet to smoking Butchers Breath with me,” Westside captioned the post. “Allahu Akbar #theBUTCHER #GXFR #BSF #BUFFALOKIDS #BabsSon #GODSplan. #LEGEND.”

Unlike King Von and Mo3 who lost their lives to gun violence earlier this month, Benny was fortunate to survive.

The Houston Police Department said Benny and his friends were walking out of the big box store when five men rolled up beside them in a vehicle and demanded their chains. One of the men grew impatient and shot Benny in the leg, then they all fled the scene. They eventually pulled over, called the police and drove Benny to the hospital. No suspects have been apprehended.

The shooting happened on the same day Boosie Badazz was shot in the leg outside of a Dallas strip mall. Boosie was in the Texas city to pay his respects to slain BadAzz Syndicate Music artist Mo3 when an unknown assailant opened fire on Boosie’s sprinter van, striking Boosie in the leg in the process. He was taken to the hospital, treated for his injuries and released. No arrests have been made in that case either.

As for Von, 22-year-old Timothy Leeks, who was one of five stuck by bullets in the Atlanta shooting on November 6, was charged for his murder on November 7.