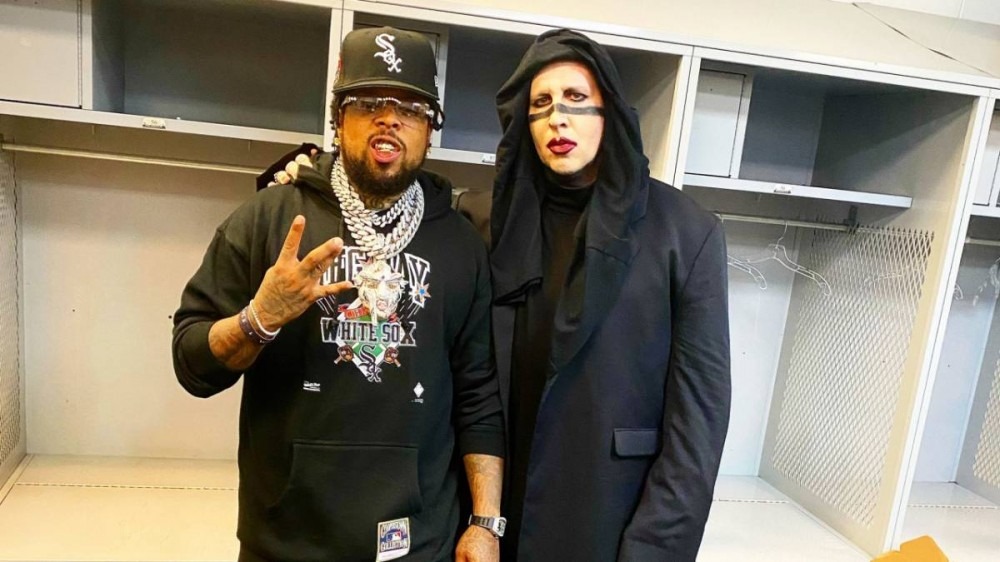 Kanye West isn’t the only rapper standing by Marilyn Manson. Westside Gunn has also thrown his support behind the shock rocker, who is currently facing four cases of sexual assault.

On Wednesday (September 1), the Griselda rapper posted a photo on Instagram that shows him posing with Manson during Kanye’s Donda listening session in Chicago last week. The pair were among the numerous artists who joined Kanye on his makeshift porch in the middle of Soldier Field.

Westside Gunn’s post drew a wave negative responses in the comments section as many fans questioned his decision to pose — and share a photo — with an accused rapist. “Come on bro smh,” one follower wrote, while another commented, “noooooooo this isn’t it flygod.”

After catching wind of the backlash, Westside Gunn dug his heels in and defended Marilyn Manson despite the disturbing allegations hovering over him.

“Matter of fakt y’all show me where he was convicted I’ll take it down!!!” he wrote in the comments section. “Until then stfu… I been to prison before u can’t say somebody a snitch without paperwork, yall can’t convict anybody off allegations…”

People have Westside Gunn really going into his own comments to defend linking up with Marilyn Manson. Wild. pic.twitter.com/TDjhxse7Fq

For reasons only Kanye West knows, Manson was a last-minute addition to the Donda track “Jail Pt. 2” alongside fellow controversial figure DaBaby. Westside Gunn, meanwhile, appears on “Keep My Spirit Alive” next to Griselda partner-in-rhyme Conway The Machine and singer KayCyy Pluto.

Westside Gunn isn’t the only artist to have caught flack for posing with Marilyn Manson on social media. Last week, R&B legend Raphael Saadiq faced criticism for sharing a photo of himself sat next to the “Beautiful People” singer at Kanye’s Chicago Donda event. Saadiq claimed he “wasn’t aware of his allegations” and later deleted the post.

According to a recent tweet from the Griselda rapper, the album cracked the top 10 of the Apple Music and iTunes charts in seven countries, including the United States, Sweden and the Netherlands.