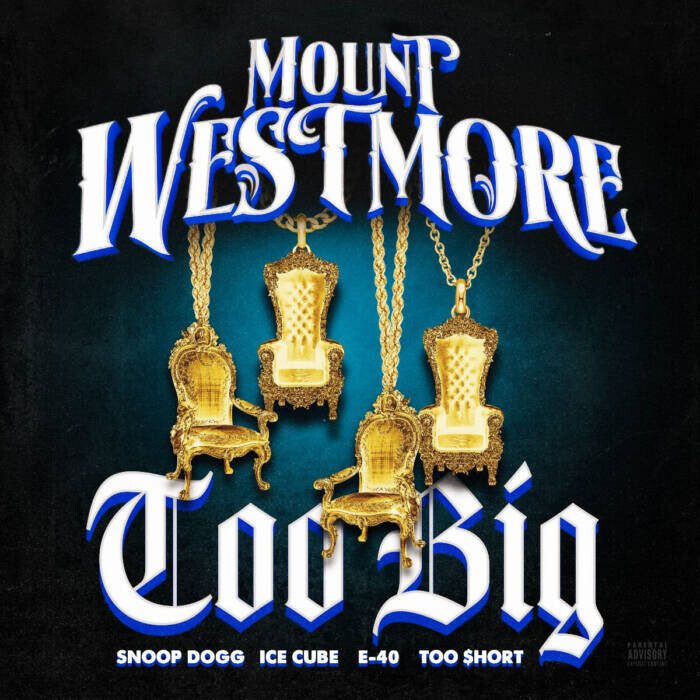 The West Coast’s very own supergroup, Mount Westmore, drops their first official single, “Too Big,” via the label Mount Westmore with MNRK Music Group today, October 21.  The uber rap group made up of Hip Hop’s West Coast royalty, Snoop Dogg, Ice Cube, E-40, and Too $hort, will release their new album titled, Snoop, Cube, 40, $hort, on December 9, 2022, via traditional outlets which include all DSPs and on sale on iTunes.

The new visual for “Too Big,” directed by Marc Wood, Dah Dah, Tajvs Taj & Jae Synth. The track is produced by P-Lo, who also features on the chorus.  This is only the first of what’s to come on their 16-track project.