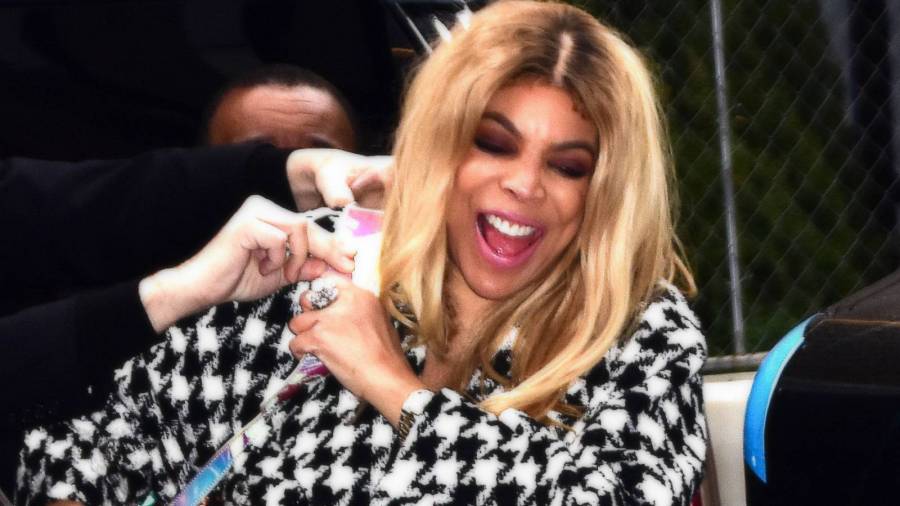 Talk show host Wendy Williams got her start in the late ’80s working in radio. After commuting from Queens, New York to Washington, D.C. for a job at WQHT, she ultimately landed a gig at WRKS (now WEPN-FM) in New York City as a substitute disc jockey. Her career exploded from there and soon, she was rubbing shoulders (among other things) with some of Hip Hop’s elite.

During a conversation with DJ Suss One, Williams — who has built a wobbly reputation on salacious gossip and outlandish hot takes — recalled having a one-night stand with Wu-Tang Clan legend Method Man.

“The only thing I did… I smoked a blunt with Method Man while I gave him a bath and it was a one-night-stand,” Williams told the noticeably surprised host.”And he’ll deny it, maybe not. It wasn’t in the [biopic] because Method Man is still very angry at me. I don’t know [why]. For being me, for telling the truth. It was one night, we were in the club when a fight broke out and gunshots broke out. The fight was ridiculous. The whole Wu-Tang was there. But it was only Meth up in the rafters.”

Williams said the sexual encounter took place in the “coke days” but wouldn’t confirm whether Meth engaged in anything but weed smoking.

“He rolled a blunt, we smoked a blunt, we watched the fight, we heard the gunshots, the cops came in,” she continued. “He was rolling with the car from Staten Island with the whole Clan and their people and I guess I batted my eyes and rocked my shoulder, you know how I do, and I said, ‘You wanna come over?’ And he said, ‘Yeah.’

“People didn’t even realize at the time it was Wendy and one of the biggest stars, the leader of the biggest group in the world, just left, got in her Pathfinder and went back to her penthouse in Jersey City where she bathed him in her jacuzzi tub and smoked more weed, you know, that was back in the coke days. I don’t remember what he did, I’m not gonna implicate him on that.”

Method Man and Williams have beef stretching back to at least 2006 when Williams reportedly disclosed some private information about his wife’s battle with cancer. She also reported unfounded rumors Meth been having an affair with his wife’s doctor.

“Wendy gets on the air and said [Method Man] ‘his wife is sick and she not doing too well’ and I’m like this fucking bitch, man,” he said, according to a 2006 All Hip Hop article. This [is] the big C,  big C [for cancer]. I was ready. I was so mad, I was crying right there and I’m like I’m gonna kill some fucking body and these [Wu Tang friends] kept me in there, kept me in L.A.

“She said me and [the doctor] was fucking [sic],”  “What kind of shit is that, man? You don’t do that to nobody. You say the fuck you want to say about me, say nothing about my family, man.”

The full interview with DJ Suss One is expected to drop on Thursday (January 28). Until then, watch the clip above.