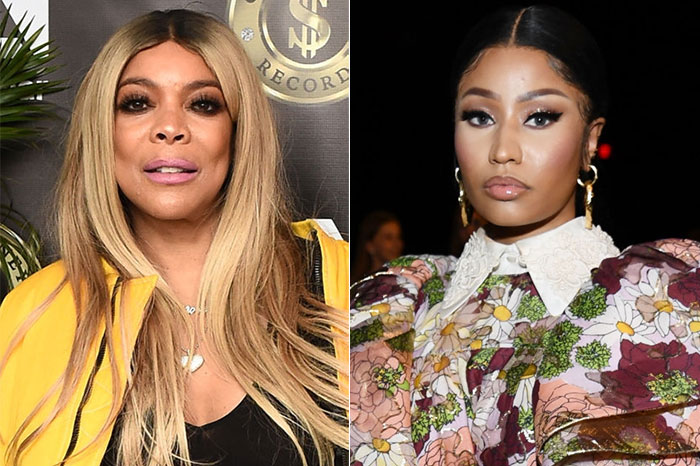 Wendy Williams is once again taking aim at Nicki Minaj.

On Tuesday’s episode of “The Wendy Williams Show,” the controversial talk show host reignited her beef with the “Yikes” rapper while teasing her “Hot Topics” segment for tomorrow.

“Well apparently the way this show is going today, we did not have enough time to get to Nicki Minaj’s [husband],” said Williams, according to E! Online. “But let me tell you something Nicki. That’s going to be my first story tomorrow and I’m going to lead with this: You should’ve never married him because now you’ve ruined everything about what your brand could be. Again, you are never going to stand a chance when you are with a man who pulls a knife at rape point. A registered offender, you are never going to stand a chance with the public.”

Williams is referring to Minaj’s husband Kenneth Petty, who was arrested for not registering as a offender in California. Last week, Petty entered into the California database of ual offenders and is now facing federal charges. His offender status stems from a 1995 conviction for first-degree attempted rape.

WENDY WILLIAMS AT THE END OF HER SHOW TALKS ABOUT NICKI MINAJ AND HER SEX OFFENDER HUSBAND AND PEDOPHILE BROTHER 💀💀💀💀💀💀💀💀💀 pic.twitter.com/yhkk8HrJFx

Added Williams, “There’s only one thing worse than touching children and pulling knives and that’s murder. By the way, he did go to jail for manslaughter. Oh, I think I just did the story. No, get to digging. There’s more on it. Everybody get to digging. Get to digging.”

Minaj and Williams have a contentious history. In November, the Queen rapper called out Williams for ridiculing her relationship. “It’s not about doing your job,” she said during an episode of Queen Radio. “There are people who report the news and there are people who do it with an evil intent in their heart, viciousness. And I pray for you because I know you’re hurting and I know you must be sick and humiliated.”

She also addressed Williams’ marital woes with her now ex-husband Kevin Hunter, who had a baby with another woman during their marriage. “When a woman isn’t really being loved at home, the viciousness is a different type. So I really wanted to pray for you today, because look at where you are now in your life,” added Nicki. “You’re sat up there being vicious all this time, and paid for that man’s mistress all these years. You paid for her shopping sprees, you paid for her hotels–bitch, you probably even paid for her GYN bills, you paid to have that baby delivered, ho. How you doin’, stupid. Wake up, hos.”

Williams, who previously called Minaj a “washed-up rapper,” plans to spew even more about Minaj and Petty on Wednesday’s show.