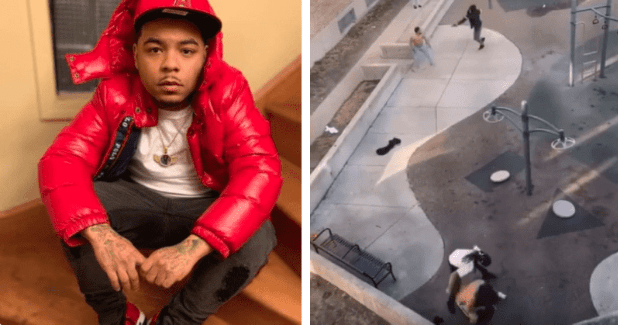 According to several confirmed reports, the woman who leaked the video of O=Block’s James “Aroy” Johnson being shot and killed was jumped and viciously attacked after leaving her apartment earlier this week.

A short four-second clip was shared showing the woman being kicked and punched by several people while on the ground.

As previously reported, Aroy was brutally murdered in broad daylight in Chicago’s infamous O-Block neighborhood after beating up his would-be killer in a fistfight. As of now, no arrests have been made in connection to the murder.