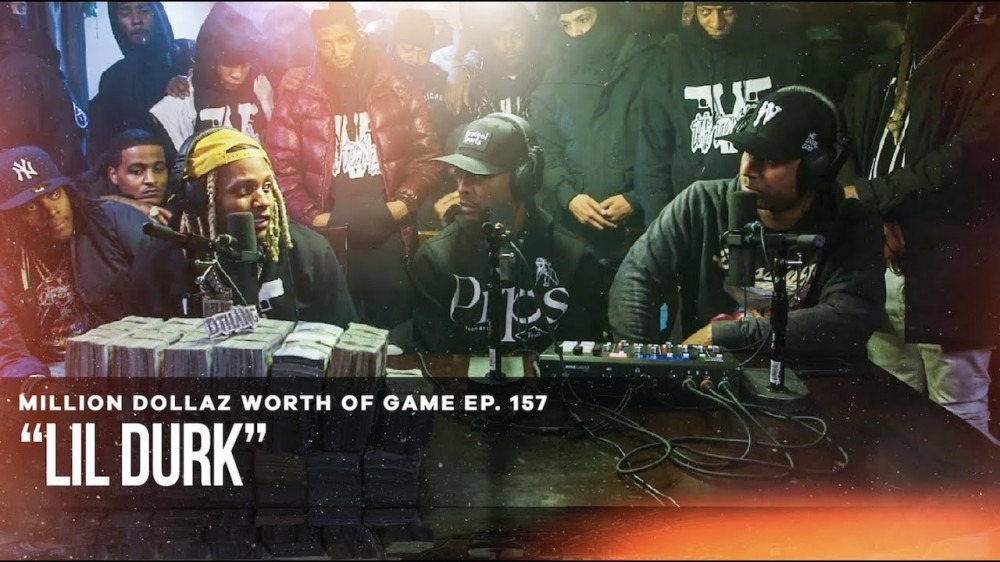 In the rap world, Lil Durk is currently engaged in a beef with NBA Youngboy. In the streets, the killer of Durk’s brother presumably is still running free. Over the years, fans have witnessed both the grief and anger that seemingly consumes Durkio’s every move and is often a source of his music’s content. Irresponsibly, fans also continually urged retaliation from the Chicago rapper, while other pockets of the world hope for Durk to take the high road. Wallo267 is one of the people who wish Durk could turn over a new leaf.

Lil Durk is currently preparing for the release of his 7220 album. During his press run, Durkio stopped by the Million Dollaz Worth of Game podcast hosted by Wallo and Gillie Da Kid. In the course of the yet-to-be-released interview, the topic of Lil Durk’s lost loved ones came up, and an early clip shows Wallo making a tearful plea to stop the violence.

“I can name 20 or 30 niggas of my homies that’s dead, but I’m here,s though,” Wallo said. “I forgave my brother’s killer. I’m saying that to say this. My brother died in my grandma’s arms in the house we grew up in. They shot my brother, and he died in nanny’s arms when she opened the door.

“If I didn’t let that shit go, I wouldn’t be right here today for my nieces and nephews, and me and Gillie wouldn’t be doing this. Y’all wouldn’t know me. I had to let that shit go. When I let that shit go, I started to grow, and I started to glow. Now I’m here today, and it was harder than a muthafucka. This was my big brother, man. I shared the cell with him. I shared the bed with him when we were kids—this Lil Steve. But I can tell you one thing; I’m out here taking care of his daughter, paying for her to go to school. Taking care of my nephew. Taking care of my momma and grandmama cause I forgave my brother’s killer.”

You can see the full clip below. The entire episode debuts this Friday, and you can subscribe here.