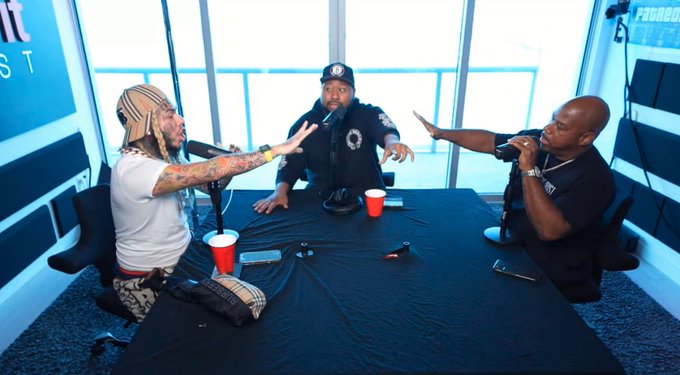 It’s been quite a few weeks for Wack 100. He received his wish and had his sitdown with Tekashi 6ix9ine, which was organized by DJ Akademiks.

That conversation set off a chain of reactions for the controversial manager of The Game and Blueface. First was Mysonne who questioned the actions of Wack 100. “‘Wack’ 100 is the BIG BAD Blood that just Did a 3 hr Interview with The RaT That told on the Bloods..You can’t make this sh*t up,” he wrote on Instagram.

Wack 100 would also have run-ins with both 21 Savage and Jim Jones on the revival of Clubhouse. 21 Savage called Wack “lame” in a trade of words and NYC representative Jim Jones took it a bit further.

The latest from New York City comes from Nine Trey Bloods affiliate Billy Ado who puts a ban on Wack 100 from visiting Brooklyn following his interview with 6ix9ine.

“I’m back out here in Brooklyn, New York, where Wack 100 cannot come,” said Billy Ado. “Wack 100, you cannot come to Brooklyn, New York. I called you out already, I disrespected you, I violated you with all of that shit, I made the post, you hit somebody up. I’m not gon’ say the person you hit up and you said you wanted to fight me. Now you sayin’ you don’t wanna fight me. I got all the screenshots and all the DMs Wack 100. I’ma give you one more opportunity to straighten your face like a man ’cause I’m gonna beat your ass.”

You can hear it from Ado below.