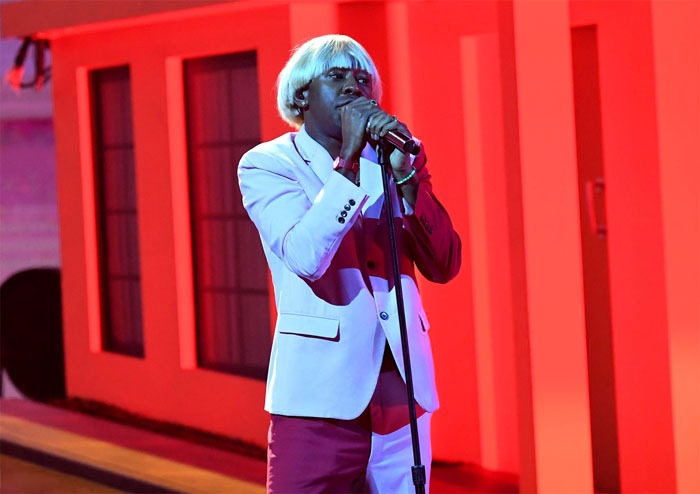 Tyler, The Creator set the Grammys on fire.

Nominated for Best Rap Album, the rapper brought his IGOR hits to life while making his debut at Sunday’s show. Joined by Boyz II Men and Charlie Wilson, he opened with “EARFQUAKE” around a campfire while donning his signature blonde wig.

He then performed “NEW MAGIC WAND” while joined by several IGOR look-alikes, who raged on stage with Tyler. Boyz II Men and Uncle Charlie sang from the rooftops before the whole neighborhood started to burn.

Tyler made a gun out of his hands and pointed it at his head as the floor opened up and he fell into the fiery blaze.

YALL GON STOP COUNTING ME OUT!

Earlier in the evening, he turned heads on the red carpet while posing as a bellhop alongside Ariana Grande.