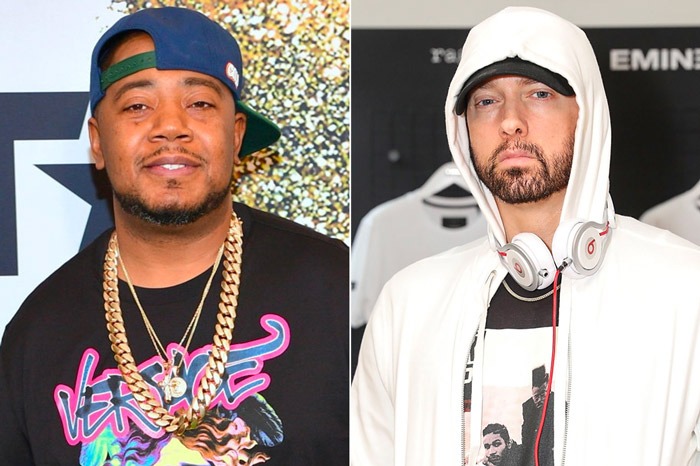 On Friday, the Chicago lyricist delivered his long-awaited verse over Em’s Music to Be Murdered By single “Godzilla.” Twista proved he’s in a league of his own, turning heads with his own tongue-twisting flow that lasted for nearly 40 seconds.

He recorded his original verse in under a minute before releasing it online. “I feel like rapping fast today,” tweeted Twista. “I’m going to do this #GodzillaChallenge in under a min and put it right out.”

Twista, who once held the title of fastest rapper in the world according to Guinness World Records, received praise for his dizzying verse. “Twista is the fastest rapper bro,” tweeted one fan, while another added, “Nailed ittttt my man. Killed it.”

Em launched the #GodzillaChallenge in February, asking fans to rap along to the monstrous third verse of “Godzilla.” He crowned a winner along with several runner-ups.

“Fill ‘em with the venom and eliminate ‘em” @triller #GodzillaChallenge is on. Who can spit it? Reposting + got prizes for my favorites. https://t.co/jWfW83X7P8 pic.twitter.com/jKMpJH7nw7