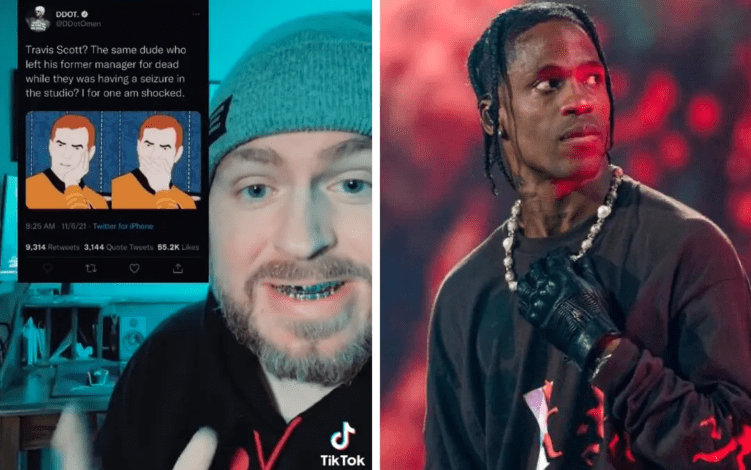 The Astroworld tragedy has had Travis Scott under the sword of criticism from every direction and now, the Astroworld rapper is getting a painful reminder at what couldn’t be the worst time by his former manager Shane Morris.

Morris claims that Scott left him “for dead” while he was having a potentially deadly seizure in a studio in Los Angeles. He says that the working relationship between the two soon ended.

Following Astroworld, Morris made a video recounting the seizure and how he outed the then rising star back in 2013. Morris claims that this is consistent with Scott’s “callous, reckless” behavior.

“I can go on and on about the theft of sessions, assault, and all the lies he’s told in his career but the thing that I want you to understand most is I think it’s time to spill a little tea and I don’t mind doing this because Travis Scott is genuinely a horrible person,” Morris said about his former client.

See the entire clip below.