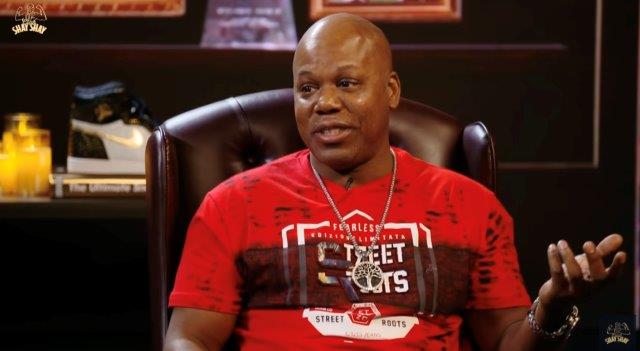 Don’t look for Too $hort to retire anytime soon. During an appearance on Shannon Sharpe’s Club Shay Shay podcast, the Oakland legend revealed why he still takes the stage in 2022 and beyond.

“I do it because, once upon a time, I announced that I was retiring,” Too Short said. “I was 30 years old, and it was a big promotional push behind, ‘Too $hort retiring’ – I was on my 10th album at the time and I remember DJ Red Alert said to me, ‘You don’t ever see jazz musicians retiring or blues? Diana Ross and Smokey (Robinson) – they’re still on the stage. Why does a rapper have to stop?’

“So when he said that, I never ever considered retirement ever again. And I think that, the more I get older and wiser, I’m thinking somebody’s got to keep doing this.”

During his time on Club Shay Shay, Too $hort also discussed rap beef, visiting Atlanta in the 90s, Biggie and Tupac, and more. You can check out the full episode below.

In case you missed it, Too $hort has released a new single called “Big Sexy Thang,” which is a modern take on Hot Chocolate’s iconic song “You Sexy Thing (I Believe In Miracles)” and will be featured on his future album. The new release features Lil Duval.

The news comes only one day after $hort debuted the tune at his critically lauded NPR Tiny Desk (Home) Concert, highlighting his rap career longevity in honor of Black Music Month. The Bay Area legend, who is the only active hip-hop artist to have released albums in each of the last five decades, played a slew of classics from the 1980s, 1990s, 2000s, 10s, and 20s, including “Big Sexy Thang,” “Blow The Whistle,” “The Ghetto,” and others.

Before releasing “Big Sexy Thang,” $hort debuted “Nasty Dance” at a virtual strip joint, thanks to a collaboration with Kid Cudi’s interactive live music app Encore. The two worked on “Live from Too $ hort’s Funhouse,” a series of augmented reality live concerts.