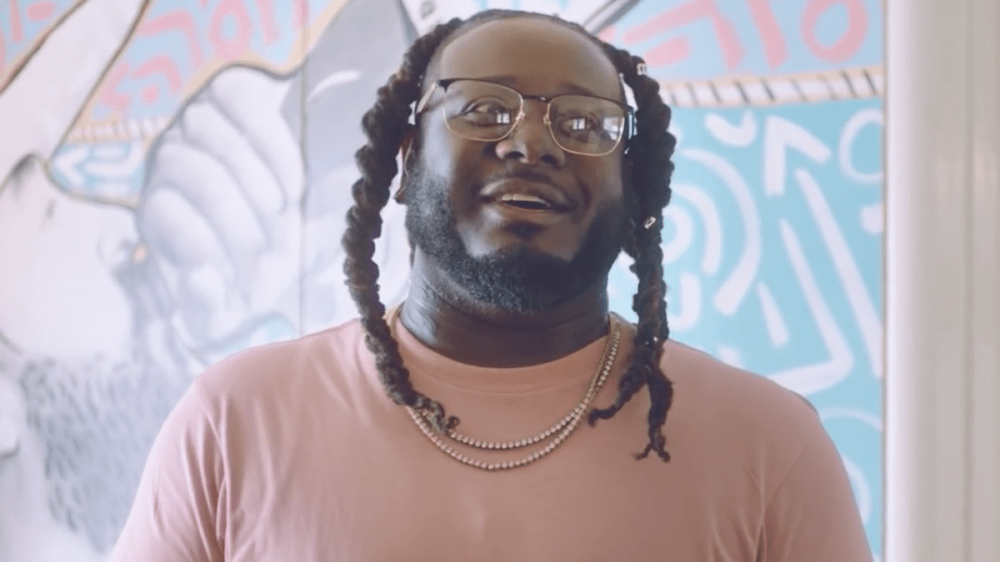 T-Pain is looking to crossover into the fitness space as he just auditioned to be a Peloton instructor.

Tallahassee Pain took to his Instagram on Monday (August 22) with a video of himself riding the stationary bicycle and barking out instructions to fellow riders.

“Alright Peloton, let’s go,” T-Pain said at the start of the video. “Let’s do this. James, what the fuck? Pick it up, buddy. Pick it up. You’re letting Carol beat ya. Look at that output, terrible! Terrible!”

He continued: “Cathy, you’re doing great, by the way. It looks like I haven’t been looking at you, but I’ve been watching you all night. It’s been great. Thighs, it’s gonna all go to it. You gonna feel it afterward.”

Peloton enjoyed the audition as they shared it on their official TikTok page, and even though it’s unclear if T-Pain will get to instruct a class, something looks to be in the works. He showed up to one of the classes in one video, and in another shared by the fitness company, T-Pain said, “I will be your Peloton instructor all the time, this is a permanent thing now.”

T-Pain may need to really tap into his health and well-being, especially now that he has COVID. He shared the news through a statement saying he had to cancel his headline appearance at North London’s Titan Festival this past weekend. Jon B, J Holiday, Bobby Valentino and Lloyd — who ended up filling in as a headliner — took the stage for the festival.

“To all my loyal UK fans, I’m sorry to be the one to piss you off today, but, unfortunately, I have tested positive for Covid yesterday just before I was about to fly to the UK,” T-Pain wrote in a statement. “So I’m mad as an MF to say I won’t be able to perform for you all at the first Titan Festival this year. I had so many plans for you guys, and I was going to hit the studio in the UK with some of the dope artists on the bill.”

He added: “Thank you to the promoters of the Titan festival for their understanding on this matter. Once again, a big shout-out to all my fans, and I’m super fucking sorry. Myself and my team was so amped to be coming to London, and I had an amazing performance lined up for y’all. So, I’m more than sure I’m going to return for Titan Festival 2023 to perform for all my UK people next year.”

T-Pain is also finding other ways to help people and their ailments, such as his new collaboration with Alka-Seltzer in June. The partnership was set up to introduce the brand’s new Hangover Relief tablets said to have you feeling energized after a night of drinking without the usual “headaches, body aches or mental fatigue.”

T-Pain even remixed the Alka-Seltzer’s trademark “Oh what a relief it is” jingle to give it a modern spin while blending in his signature melodic AutoTuned flow.

“Look at that thing I did…yup, I rewrote the Alka-Seltzer jingle,” he wrote on Instagram at the time. “Did you know there’s a new product for the day after?? Leave last night in the past with new Alka-Seltzer Hangover Relief.”