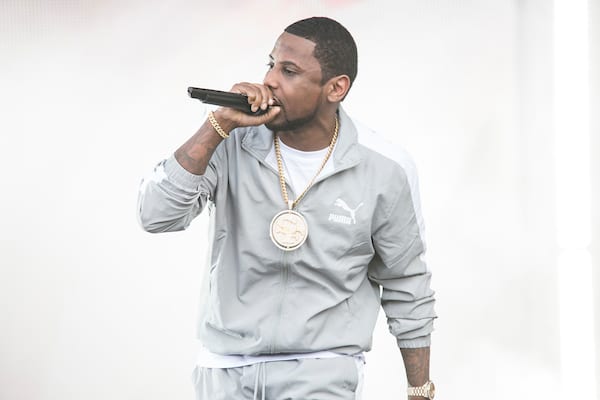 Loso wasn’t trying to have Suge Knight speak crazy on his name. Spider Loc visited to Cam Capone News and revealed that Fabolous pulled up on Suge Knight and asked him about some comments he said on Hot 97.

Fresh out of jail and in New York City, Suge hit Hot 97 and stated he was looking for artists to put on The New Death Row. Knight was quoted to saying he wanted “street niggas, cool thug niggas, not no Fabolous-type niggas.”

Fab came across Suge Knight at a Def Jam party at the entrance of House of Blues in Los Angeles. Security was ordered not to let Knight in, but Fab pulled up during the Death Row mogul’s effort. He would call Knight over to his car for a conversation.

“Fabolous pulled up in a little two-seater Benz and called Suge over,” Loc recalled. “Suge went to lean in the window, and then Fabolous got at him like, ‘Man, what’s up with that shit you was saying on the radio?’”

Loc stated Fab didn’t come with aggression but was checking what was the issue between the two. Loc said, Fab stated, “‘The shit you said me about me on the radio in New York. Here I am in L.A. and it’s on my mind what’s happening?’”

Instead of escalating into a situation, Loc stated Suge Knight turned into a platful manner, citing that Suge said “I didn’t mean it like that.”

Fab also noted on social media it wasn’t a confrontation, highlighting it as a “man to man” conversation. He also added Suge was with 50 people and confronting him was impossible at that time.