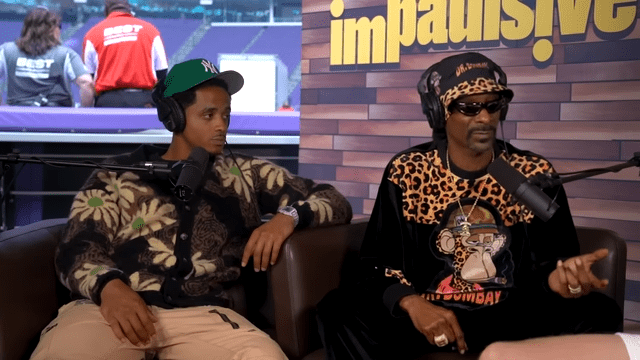 Snoop Dogg has seen a lot in his career, including the aftermath of Tupac’s Las Vegas shooting. Speaking with Logan Paul on the Impaulsive podcast, The Doggfather revealed he fainted after traveling to Vegas to see his Death Row, label mate.

“When we drive to Vegas to see Pac, we got to Suge [Knight] house first, so we haven’t even seen Pac..We just talking to Suge, and he got the head wrapped up and he telling us what happened and [saying] ‘Pac gonna be alright, he going to pull through he got shot nine times before he going to be alright.’

We feeling like it’s gonna be alright until we go to the hospital and see that it ain’t alright. He got tubes in him..When I walked in, I could just feel like he wasn’t even there and I fainted.”

Snoop revealed Pac’s mother, Afeni Shakur, helped him regain his composure. “She was like, ‘My baby ain’t never seen you weak. I don’t want you to be weak in front of him. You go in the bathroom and fix yourself up and you go back in there and you talk to him and you tell him how you feel.’”

You can hear all the details from Snoop below.