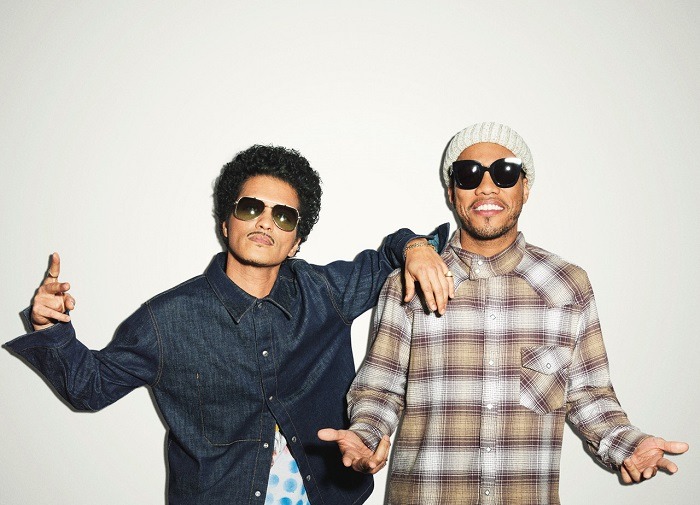 Silk Sonic’s new album, An Evening With Silk Sonic, is officially available for your listening pleasure. The duo of Bruno Mars and Anderson .Paak paid a visit to Ebro Darden on R&B Now Radio on Apple Music 1 and discussed the album.

Bruno Mars would highlight teaming together for the video for “Leave The Door Open.”

“This was our first video together,” Mars said. “We were both nervous ‘cause we had this special song and we didn’t want to mess up the song with the visuals, which can easily happen. And the night before we were trying to figure out what we were going to do, right, and we were like, ‘We just gotta sit our asses down and sing the song.’ And I think it caught the essence of me and Andy in the studio. And you know, in a fantasy world, if you could take it in one take like that hopefully that’s what it would look like.”

He would go on to detail the album’s concept and the desire to make it feel special. “Instead of trying to get too cute with the concept it’s like, man, what’s more special than Anderson Paak behind a drumset singing a song and, you know, me having his back when it’s my turn, you know? And the band moving in the same direction, it was just like… it’s like a musician’s dream. You know, being in the studio recording a song like that.”

.Paak would double down on their concept and creativity, speaking to their musicianship and using real instruments.

“That’s the scene we come from as musicians, bro, and honestly, there ain’t too many left that are really doing it like that as far as like no tricks, no gimmicks,” he said. “We just real drums, he on the bass, we on the guitar, the piano. We working these songs out. It ain’t drenched in autotune, not taking it from anyone who uses that but it’s just like, sometimes I look around and I feel like we’re the last ones left that are really trying to take it there and so we gotta– we gotta do it. It’s just dope that we were able to keep that energy, keep it modern, keep it fun.”

You can hear the full interview below.