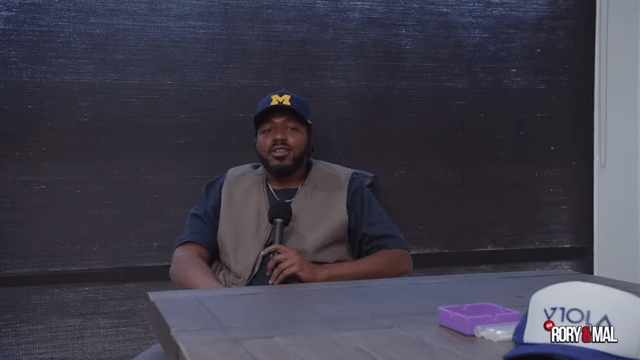 Quentin Miller visited the New Rory and Mal podcast and had a ton to say. The conversation went into the 2016 beef between Meek Mill and Drake and how he played a role in it.

Miller recalled a run-in with Meek Mill and the Dreamchasers that was deescalated until a message from Nicki Minaj, Meek’s bae at the time, changed everything.

“I found out, and I don’t know how true this is, but I found out that that was a Nicki Minaj call,” Miller said. “When Meek evaluated ‘you not a street dude, you not on that street sh*t,’ and they dipped, I heard when they went back to the car, it was Nicki that was like ‘Naw, run that.’”

Rory and Mal would interject and ask if it was a fact. His response was DJ Drama appearing on the show weeks before and stating, “Nicki did something wrong.” Miller still blames the entire ordeal on Meek Mill. Although he felt the alleged message from Minaj was “fucked up” due to him and his daughter being fans of the Video Vanguard rapper.

You can hear Quentin Miller recall the events below.