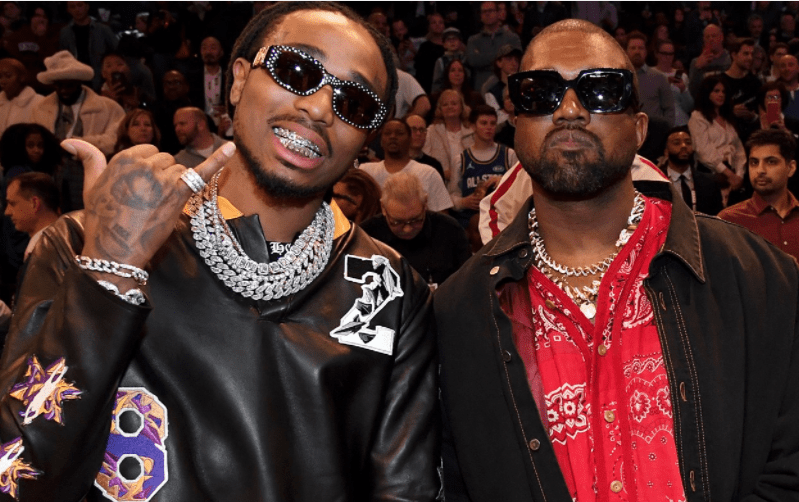 Even though thousands of supporters petitioned to have Kanye West banned from Coachella and now the Grammy Awards due to his online behavior towards his ex-wife and her new beau, there are still many people, celebrities in particular, who are not necessarily supporting West’s antics. Still, they are condemning the cancel culture when it comes to the music/fashion mogul.

Migos’ Quavo shares the sentiments of Rap-A-Lot CEO J. Prince, who says that Hip Hop should form its award shows and boycott the Grammys as other Hip Hop frontrunners have done in the past. Quavo also criticized XXL for not properly highlighting up and coming artists, telling TMZ, “Instead of a Freshmen Class, we need the “Best New Artist” in the streets whenever they come out,” he said. “[Migos] couldn’t go on Freshmen Class because we was a group. So, just s**t like that. All these little stipulations on our artistry is lame because we’re creators.”

See the video of his comments below.