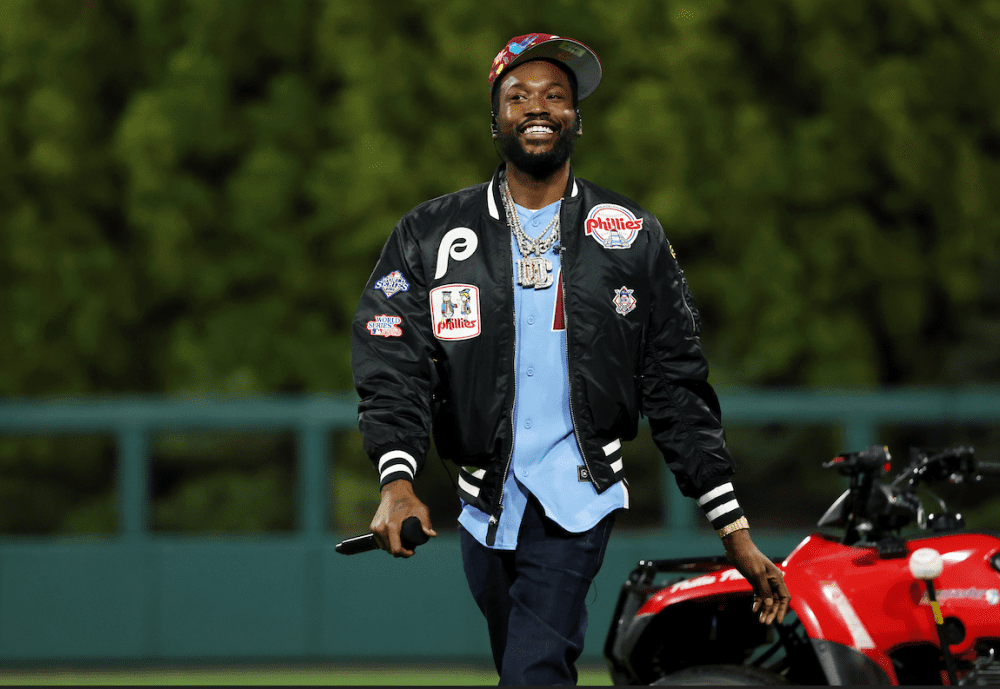 The Dreams & Nightmares 10th Anniversary Philly tour is continuing as Meek Mill delivered a performance of the banger before the opening of World Series Game 5 at Citizens Bank Park.

Meek hyped the fans ahead of the battle between the Phillies and the Houston Astros. Unfortunately, for Philly fans, the Astros won 3-2 to take a 3-2 series lead back home to Houston for Game 6.

Earlier this week, Meek mill announced a special homecoming performance at the Wells Fargo Center on Saturday, Nov. 26, as part of Thanksgiving Weekend to commemorate the 10th anniversary of his debut album, Dreams and Nightmares. Tickets for this Philadelphia-only performance are on sale now.

In addition to the Philadelphia Phillies being in the World Series, the Philadelphia Eagles being unbeaten, and the Philadelphia Union being in the MLS Cup, the Meek Mill + Friends’ 10-Year Anniversary Homecoming Concert adds another moment for the city of Philly. On Oct. 16, 2022, during a sold-out Sunday night Eagles vs. Dallas Cowboys game in Philly, Meek gave a performance of the single “Dreams and Nightmares” on the field at Lincoln Financial Field.