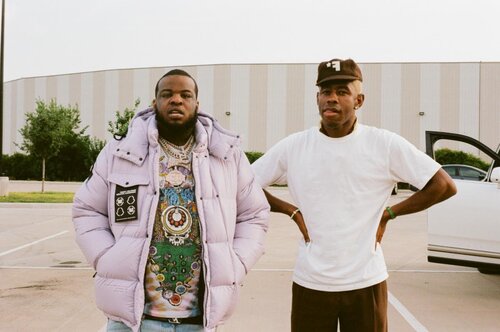 Houston rapper Maxo Kream taps Tyler, the creator for a collaboration on “Big Persona,” the latest single off Maxo’s upcoming album Weight of the World, due to release in October.

The Grammy winning rapper adds flare to the visual. Tyler bellows in the first verse “Million for the summer house, Love it when the sun be out, ‘Cause we be out, Ridin’ around in that thing with the center roof.”

“Maxo Biggie Poppa, who you know that do it better? I’m the trap Barack Obama, Betty Crocker, used to pedal, Straight mixin’ drugs but he love Nutty Professor with Griselda.” Maxo rhymes.

Check out “Big Persona” below.