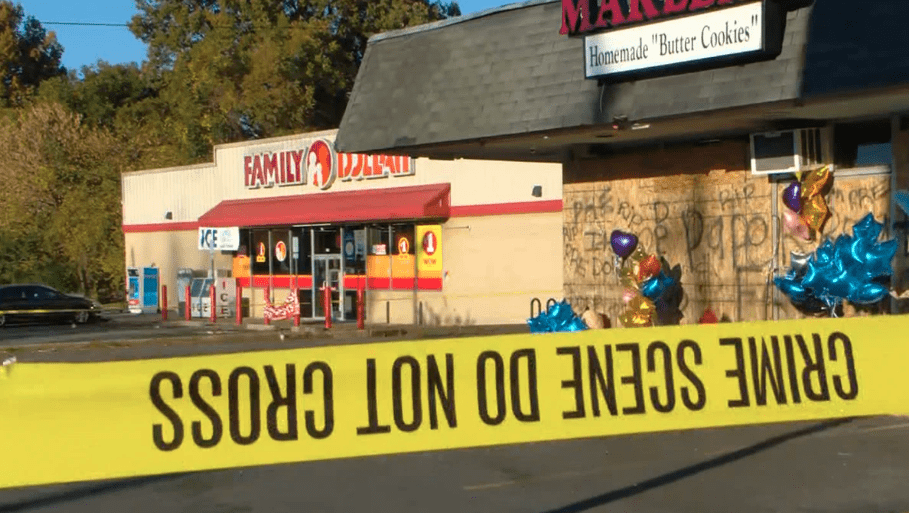 News affiliate WREG Channel 3 in Memphis reported that live television cameras were rolling on Thursday when a shot rang out in front of the Family Dollar adjacent to Makeda’s cookie store on Airway Boulevard in Memphis, injuring a man who was paying respects to Young Dolph, the rapper who was killed there just the day before.

Memphis {Police detained three suspects in relation to the shooting. One man was shot in the inner thigh, which is believed to be life-threatening. Bystanders who witnessed the shooting helped the man get to a local hospital.

“We were paying our respects. About 30 or 40 people were placing flowers, signing the wall, and then a car drove by and started shooting,” said eyewitness and Memphis rapper Tommy Wright. “Everybody, man, just scattered and hit the ground. They’ve blocked off the whole scene, it’s become another crime scene all over again.”

Adolfo “Young Dolph” Thornton Jr. was killed at Makeda’s yesterday before he was scheduled to appear at a turkey giveaway for local residents. He was 36 years old.