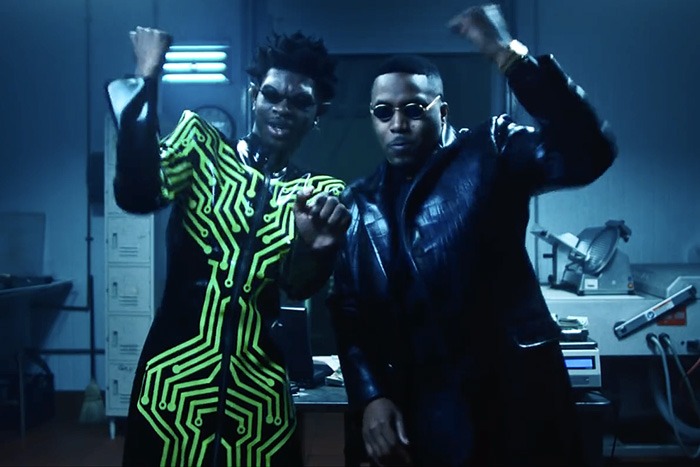 Lil Nas X rounds up Nas for the haunting video for his new single “Rodeo.”

The Matrix-inspired treatment was co-written by Lil Nas X himself, alongside directors Bradley & Pablo. The hip-hop cowboy transforms into a vampire after being bitten on the neck. He comes alive in the nighttime as he strolls the streets under a full moon. He meets up with fellow vampires and shows off his Thriller-inspired moves in a supermarket. He eventually links up with Nas, who plays a Morpheus-inspired character, and turns Lil Nas into a supernatural superhero.

The original song, which features Cardi B, appears on Nas’ debut EP 7. Next up, Lil Nas will perform at Coachella in April.

Watch Lil Nas and Big Nas ride out in the cinematic clip.